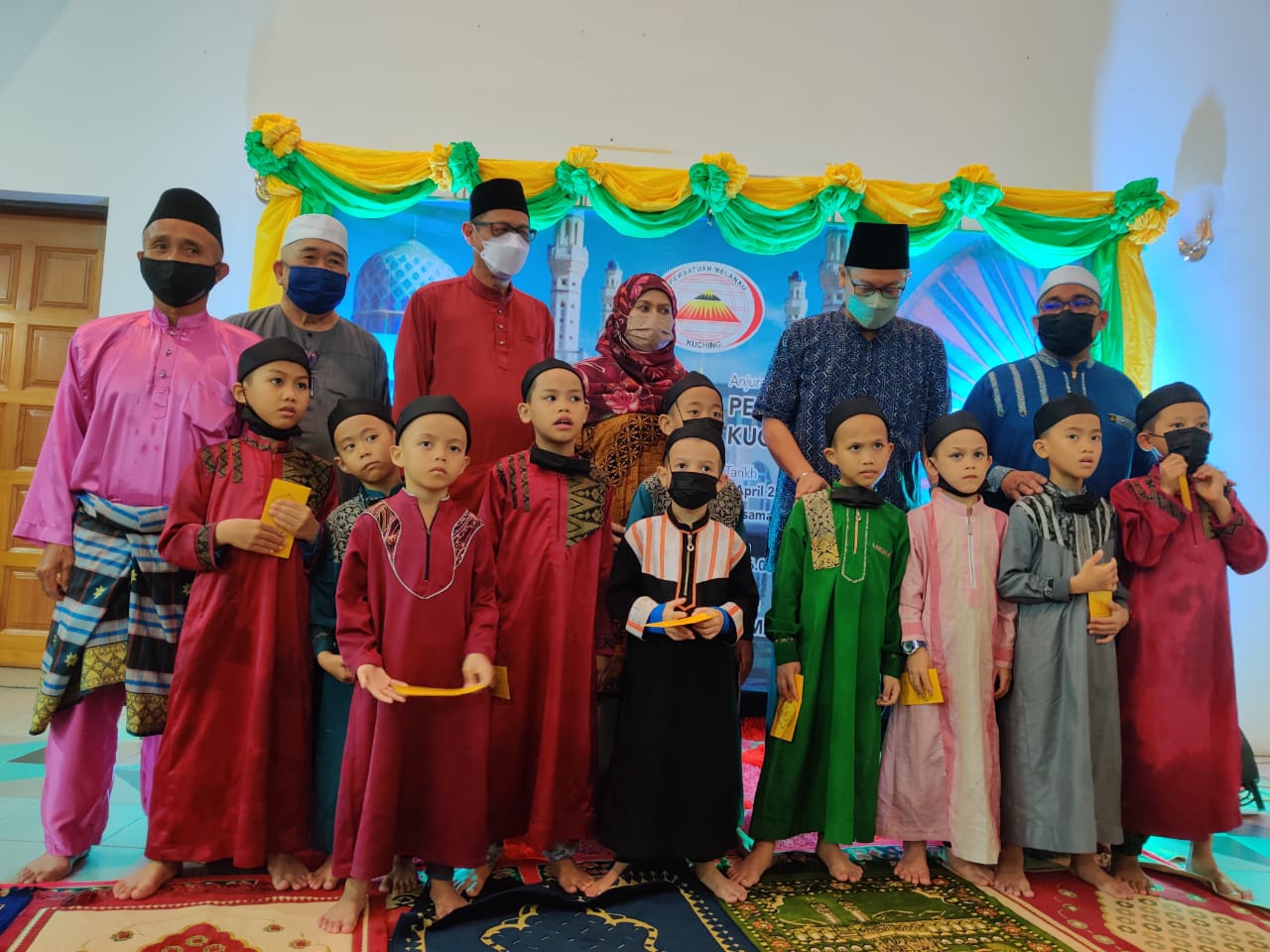 A group photo of the association members and the orphans along with Abdullah (fifth left) and Fridah (fourth left).

KUCHING (April 11): Kuching Melanau Association has been called upon to create a platform to focus on youth development.

Deputy Minister in the Premier of Sarawak’s Department (Corporate Affairs, Information & Sarawak Public Communication Unit) Datuk Abdullah Saidol, who made the call, recommended the association establish networking with both public and private higher learning institutions in order to develop a generation of progressive and productive Melanau youths.

“In line with the government’s agenda, the association could focus on youths, especially those who were studying at the institutions of higher learning in Kuching where they could be given the opportunity to share ideas and aspirations,” he said.

He said this when speaking at the breaking of fast with the community at Wisma Melanau, Jalan Halaman Kurung Sian here last Friday.

He added that with the collaboration between the association and youths, especially those from out of town, this initiative could be a platform of sharing ideas and fulfil the state’s agenda to improve the quality of life in the rural areas.

“By uniting with fellow members of the Melanau community and working together with other ethnic groups in Sarawak, we can soar higher and further develop our state.”

At the event, Abdullah handed over RM10,000 to the association for it to run its activities.

Kuching Melanau Association president Fridah Osman, who is also a political secretary to the Sarawak Premier, expressed her gratitude for the contribution and for being able to host the breaking of fast programme after having to put it off for two years due to the pandemic.

The event was also graced by the presence of orphans from Jagaan Nur Murni Centre, who were later given ‘duit raya’.