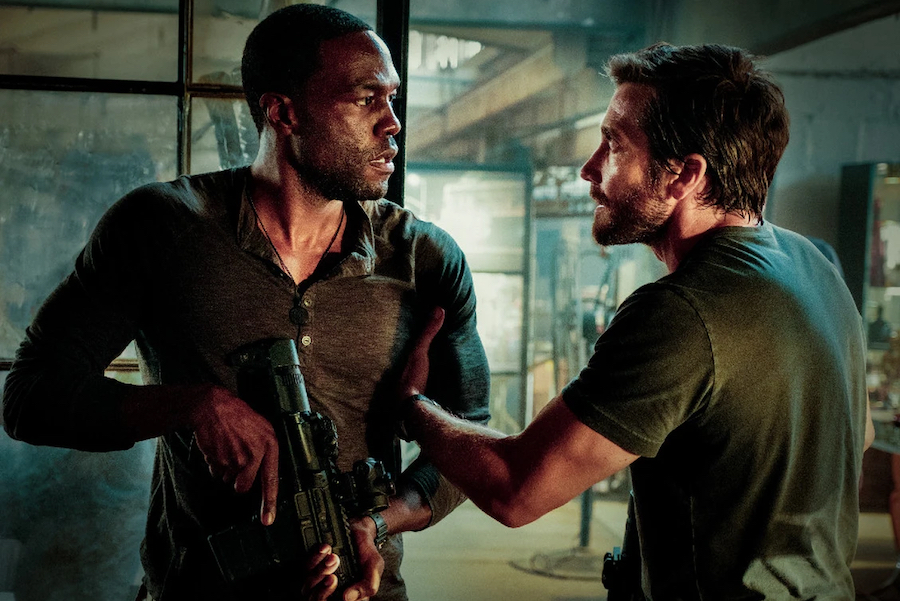 This weekend’s new movies include Ambulance, Sonic The Hedgehog 2 and Cow

There’s a beautifully unhinged marriage between Jake Gyllenhaal and Michael Bay in Ambulance. The actor gives a jacked up, wildly charming and hilarious performance as if he’s trying to level up for Bay, the maestro of mayhem whose movies tend to assault the senses with skydiving drone shots, glistening bodies and anything that blows up real good.

Bay’s cardiac arrest cinema is rarely as fun as it is in Ambulance (not since 2013’s Pain And Gain), and a lot of the credit for that goes to Gyllenhaal for keeping things interesting when they should really be exhausting.

He stars as Danny, a career thief who reels in his Marine vet adopted brother (Yayha Abdul-Matteen II) to pull off a score that borrows liberally from Michael Mann’s Heat. There’s a bank robbery, a big gun shoot out and an ambulance used as the getaway vehicle. The ambulance has an injured cop and paramedic (Eiza González) inside.

Ambulance then turns into Bay’s longest and most destructive car chase, and a distillation of his bombastic best, challenging physics and logic to keep up with the movie’s twisted metal momentum. You also get a sense that this is his victory lap. Bay flaunts a certain self-awareness, poking fun at his previous successes like The Rock and Bad Boys while topping their ridiculous antics. When we get to the scene when an intensive surgery is performed at 40 miles per hour, you know Bay is cackling as hard as we are. 136 min. Now playing at in theatres. NNNN

Arnold’s documentary about a dairy cow living out her days in the fields and cages on an industrial farm fits remarkably well alongside the director’s other work. Films like Fish Tank and American Honey depict the cruelest realities facing women who come from poverty. The cow in Arnold’s simple, occasionally beautiful and emotionally gutting doc exists to breed, feed and finally be put out of her miserable existence in the coldest terms. Milk does a body good but Cow justifiably makes you feel bad about it. 98 min. Now playing at TIFF Bell Lightbox and digital platforms. NNN

The first Sonic movie came as a bit of a surprise. It was a genuinely fun and funny road trip movie delighting in the chemistry between James Marsden as a small town cop and the space hog he confuses for a raccoon and Jim Carrey’s physical comedy as the villainous Dr. Robotnik. I had my assumptions checked about the brand synergy between a movie studio and video game company launching a new big-screen franchise.

The sequel is exactly what I expected the first time around. It leans heavily on brand familiarity and all the predictable ways to bemuse child audiences (totally random dance off, anyone?). Idris Elba is a welcome addition as the new antagonist Knuckles in an overcrowded and chaotic second run that nevertheless had my own kids and everyone around them squealing. 122 min. Now playing at in theatres. NN