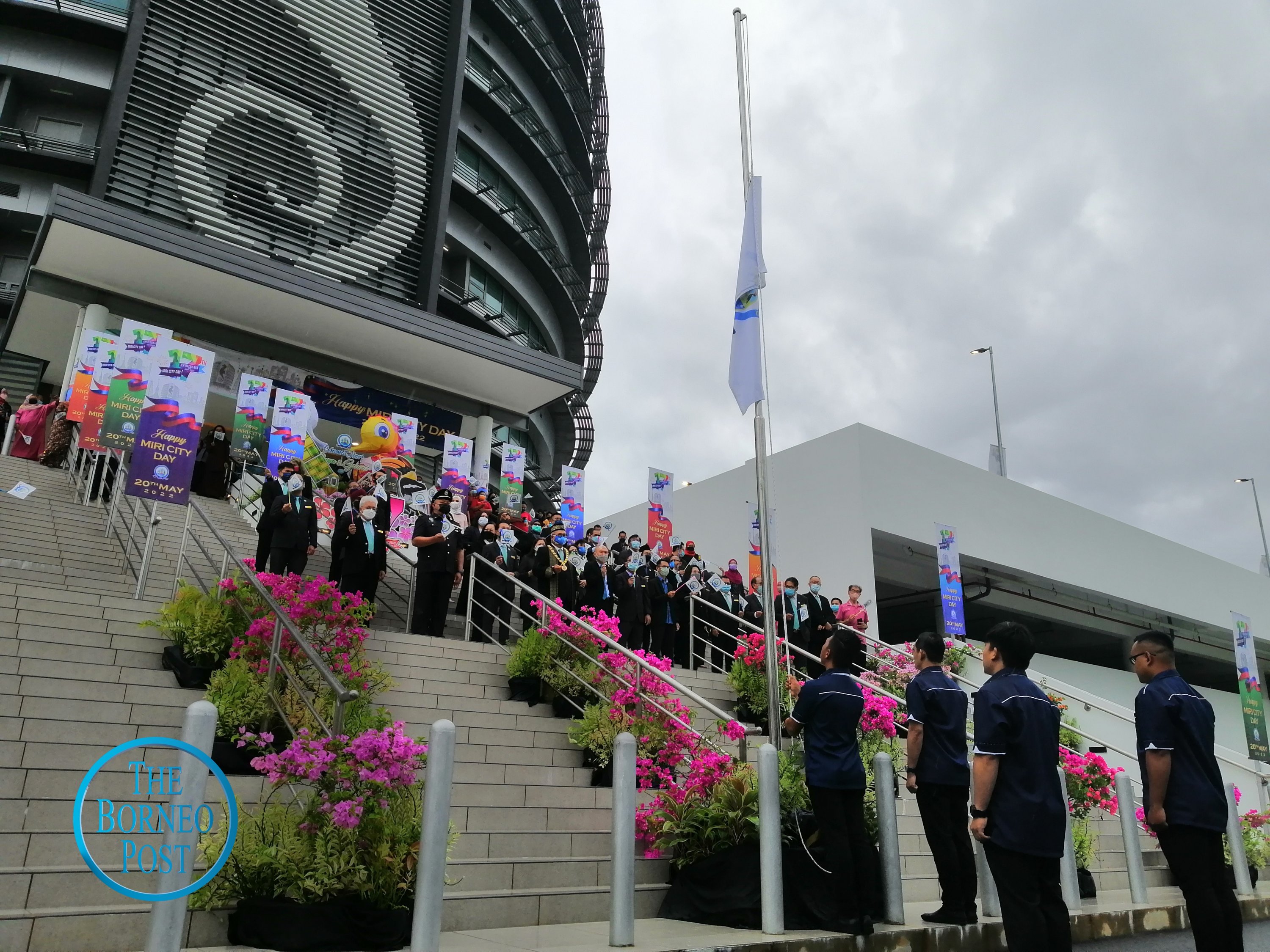 Yii, councilors and MCC staff brave the drizzle as they sing the council’s anthem as its flag is being raised.

MIRI (May 20): The Miri City Council’s (MCC) role is no longer confined to just the governance of its jurisdiction but to complement the government’s efforts to improve the people’s livelihood, the local economy and living environment, said Mayor Adam Yii.

Yii, who is Pujut assemblyman, thanked councilors and staff of city hall for their hard work that allowed MCC to plan and execute the strategic plan to realise the transformation of Miri city into the ‘Most Liveable Green and Resort City’.

He also attributed the growth of Miri so far to the past leaders of the Miri City Happening Team under the leadership of former deputy chief minister Datuk Patinggi Tan Sri Dr George Chan.

“They have placed Miri with a strong foundation in preparing for the future and greater development,” he said.

Yii said MCC’s 17th anniversary was a significant one, especially since the country has reopened its borders and eased Covid-19 restrictions after being locked down for more than two years due to the pandemic.

In commemorating the special occasion this year, a total of 24 events have been listed under the Calendar of Events of Miri May Fest.