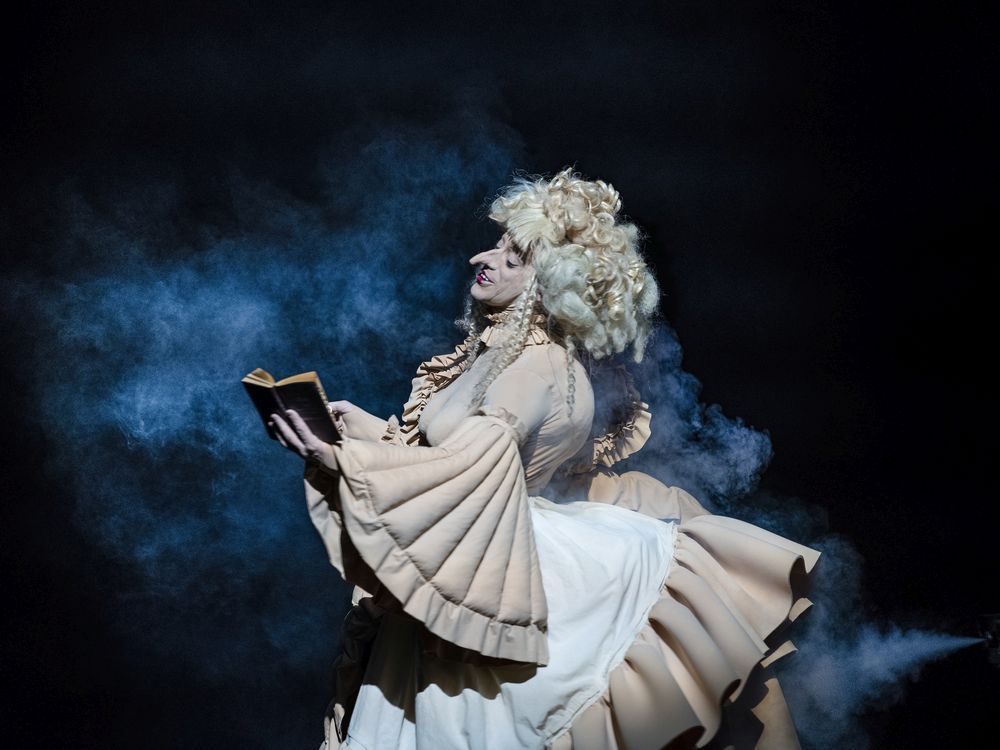 Postmedia may earn an affiliate commission from purchases made through our links on this page.

Now in its 16th edition, the thrillingly eclectic cornucopia of cutting-edge dance and theatre that is Montreal’s Festival TransAmériques is back to full strength this year, with 23 shows from as far afield as Nigeria, Brazil, Greece and South Korea.

Contrast this with the first devastating year of the pandemic, which saw the festival more or less shut down, save for a handful of place-holding online events.

Last year it was able to go live once again, but travel restrictions meant it was confined almost exclusively to Canadian performers.

The new artistic directing team of Jessie Mill and Martine Dennewald has clearly taken over (from Martin Faucher) at a challenging time, with COVID’s effect on the performing arts industry lingering.

Speaking to the Montreal Gazette 12 days before opening night at the FTA office — a hive of quiet, concentrated activity — Mill describes the audience’s pre-festival mood.

“There’s a lot of excitement,” she says. “Many of our small and medium shows are almost sold out. But when it came to selling tickets, we started later, in mid-February. Normally we start selling in December, and normally we’ve sold 95 per cent of our tickets (by now).”

Because of the pandemic, Mill says, “habits have changed a lot. People are not reserving tickets as early as before. But I think we’re doing pretty well. So far, so good.”

One of the big changes Mill and Dennewald are bringing to FTA is a lessening of European content in favour of artists from, say, Africa and South America. They also aim to build on last year’s uptick in Indigenous participation, which was partly a result of that necessary focus on Canada. “We also want to work with Indigenous artists from northern Europe, from Australia, from Chile,” says Mill.

Mill anticipates the shift in focus leading to more pieces that employ simpler means to achieve their effect. “Generally, the work that is made in Africa, for instance, is made with less means in terms of equipment and funding.”

By way of example, she cites Traces, from Burkina Faso’s Étienne Minoungou.

“It’s one man on the stage with a musician, and he’s addressing the youth of Africa about all the potentialities of Africans. It’s very simple, but it’s really strong — stronger than a lot of things I’ve seen recently.”

But for those for whom FTA means, as it often does, bizarre and breathtaking spectacle, Mill has a reassuring message: “We will still be interested in technological innovation. … Don’t worry, it will still be there.”

Re:Incarnation (May 25 to 28, Théâtre Jean-Duceppe of Place des Arts): The official opening piece of the festival, this colourful dance show from Nigerian choreographer Qudus Onikeku posits a mythical world juxtaposed with all-too-real violence on the streets of Lagos. Drawing on Yoruba philosophy, it features 10 dancers and two musicians playing a vibrant mix of Afrobeat, hip-hop and funk.

Holoscenes (May 25 to 29, Esplanade Tranquille, Ste-Catherine and Clark Sts.). Montreal’s recently opened public square plays host to this living installation from Los Angeleno artist Lars Jan. It’s a giant aquarium containing submerged denizens going about their mundane everyday business. Both a warning of things to come and a celebration of adaptability. Free.

Malaise dans la civilisation (May 28 to June 1, Théâtre Prospero, 1371 Ontario St. E.): Étienne Lepage, whose Logic of the Worst recently played at Centaur’s Wildside Festival, joins forces with Alix Dufresne, co-creator of the brilliant tax-evasion dance piece Hidden Paradise. It’s a “philosophical vivarium” in which a bunch of tourists show up at the theatre with no regard for decorum. Performed in French; English transcription available.

Elenit (June 1 to 4, Théâtre Jean-Duceppe of Place des Arts): The irresistibly eccentric Athenian director Euripides Laskaridis returns to FTA after his 2018 hit Titans. In that show, a papier mâché volcano presided over bizarre burlesque characters. This time, a giant wind turbine blows on assorted weirdos, including a prehistoric beast and a smoke-spewing creature. Wordless performance.

La conquête du béluga (June 3 to 5, Clock Tower Beach, Old Port): Gaspésie company Théâtre À tour de rôle sets up next to the St. Lawrence River in this open-air show, which draws on 150 years of parliamentary spouting about policies regarding beluga whales. The sounds of those majestic marine animals themselves provide a perhaps more meaningful counterpoint, as does the subtle inclusion of an Inuit perspective. Performed in French.

M’appelle Mohamed Ali (June 7 to 9, Théâtre de Quat’Sous, 100 des Pins Ave. E.): In Congolese playwright Dieudonné Niangouna’s piece, the legendary boxer’s life is paralleled with the fight for the dignity of those of African descent. It was originally written for performer Étienne Minoungou, who, in a neat bit of programming, is himself taking part in this year’s FTA with Traces (June 3 to 5, Maison Théâtre, 245 Ontario St. E.), a powerful solo piece that gives voice and hope to the powerless. Both shows performed in French with English surtitles.