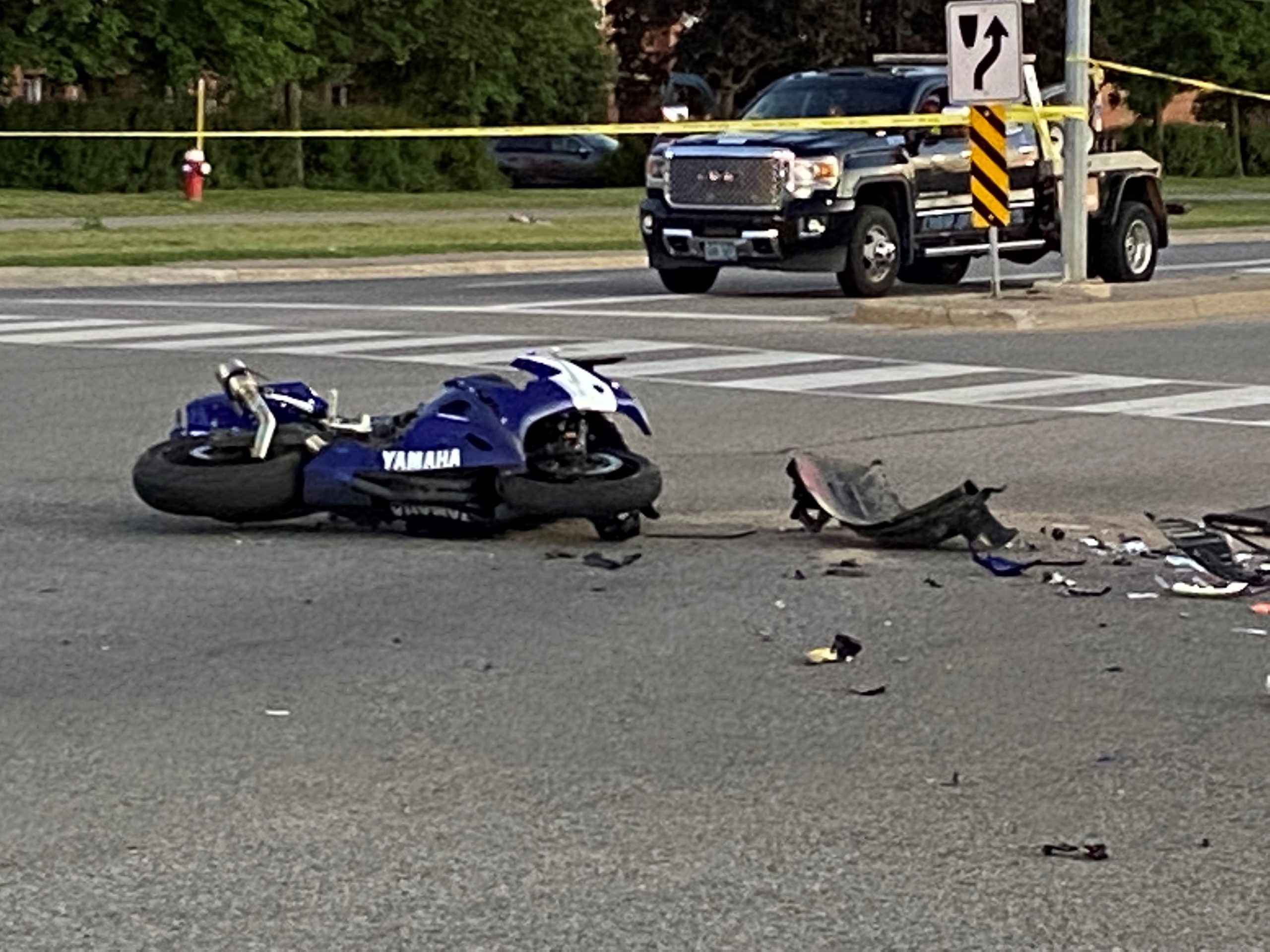 A man has been rushed to hospital after a collision between a motorcycle and car in Mississauga on Tuesday night.

Peel police say they were called around 7:30 p.m. to the area of Derry Road and Tenth Line.

Paramedics transported a man to hospital in critical condition and nobody else was hurt.

The area was closed to drivers while police investigated the collision who also say everyone involved remained at the scene.

The cause of the crash is not yet known.

UPDATE:
-Male transported by @Peel_Paramedics to a trauma centre
-All persons remained on scene
-No other reports of injuries