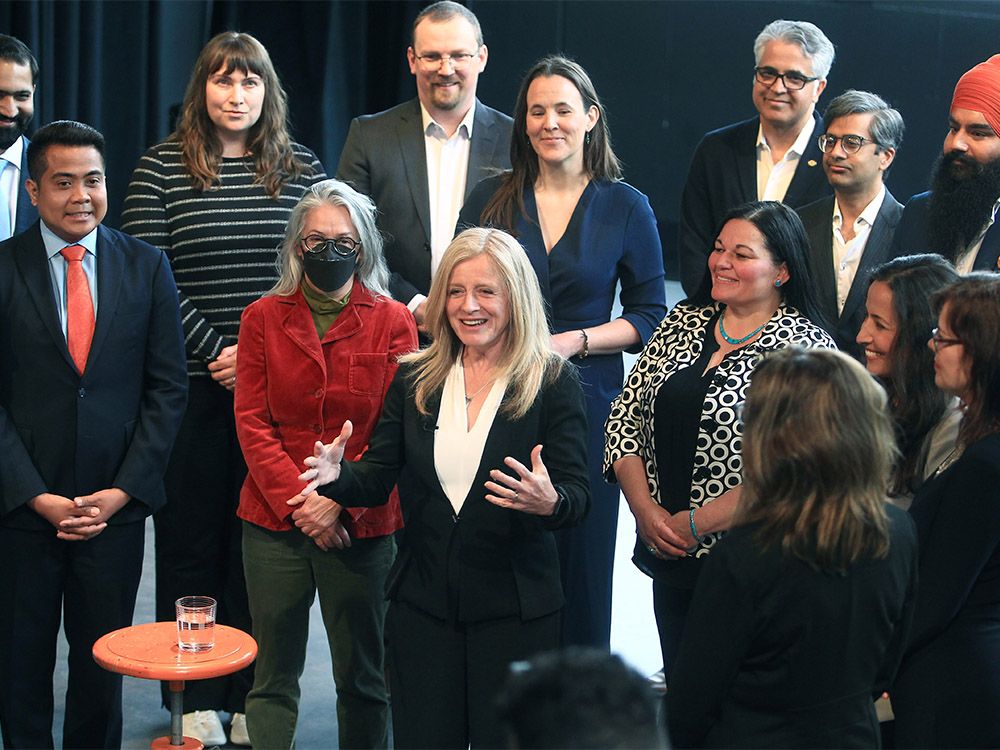 NDP Leader Rachel Notley is betting that a unified party will convince Albertans to vote for them instead of a fresh face at the helm of the UCP.

Notley brought together 22 of 24 confirmed candidates in Calgary as a way of introducing the NDP team to Albertans. It follows Premier Jason Kenney’s announcement Wednesday night of his intent to resign after getting 51.4 per cent of the UCP leadership vote.

“(Wednesday’s) news is the starting gun for more chaos and more distraction,” Notley told media gathered at cSpace in the city’s southwest.

“I’ve listened carefully to Albertans and I’ve worked day and night to build a team that will provide the forward-looking, thoughtful, responsive, pragmatic and unified government that Albertans need now more than ever.”

Half of the 24 confirmed candidates are in the Calgary area, with experience ranging from education to health care and business. Thirteen of them are women, including Canadian Forces veteran Marilyn North Peigan, vying to be the first Blackfoot woman elected to the Alberta legislature.

Missing from the NDP roster are incumbent MLAs Jon Carson and Richard Feehan, who announced earlier this year they would not seek re-election. MLA Thomas Dang was removed from Notley’s caucus amid an RCMP investigation last year and will not run for the party as long as the investigation is ongoing, she said.

Notley told reporters her party wants to have all candidates confirmed by the fall.

“Every one of our candidates brings with them a wide range of diverse experiences and perspectives that make up the best parts of our province. They are experienced, capable and ready to make a difference.”

Meanwhile, the UCP caucus debated the leadership of the party at the McDougall Centre in Calgary.

“They’re certainly trying to present themselves as the government-in-waiting with credible policies and alternatives, so they’re trying to take full advantage,” she said.

A March Leger Marketing survey of 1,002 Albertans found the NDP with 44 per cent of support among decided voters compared to 35 per cent for the governing UCP. During the first three months of this year, Elections Alberta reported the NDP raised slightly more than $1 million compared to the UCP’s approximately $888,000.

Running against Jean or Smith may inspire more confidence in Notley’s party than a political outsider candidate, such as former federal Conservative MP Rona Ambrose or current MP Michelle Rempel Garner, she said.

“That would be a really tough race, I think, if Ambrose decided to take on the job. But you have to wonder who wants the job, given what happens to conservative leaders in this country? It’s a tough leadership role to take on.”

Notley was repeatedly asked if Kenney’s intention to resign presents an opportunity or a challenge.

“That’s why our message is clear and simple. We are united, we have a very clear focus on what matters to us. We believe in the value of public service. We’re all here because that’s what we want to deliver.”

— With files from Lisa Johnson