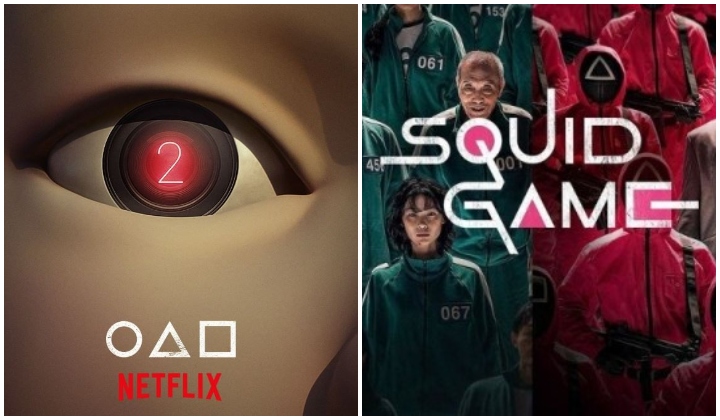 On your marks. Get set. Greenlight.

It’s official guys! Squid Game is coming back on Netflix for a season 2.

To those not familiar with the series, Squid Game is a nine-episode series that tells the story of a financially struggling man stumbling across a lucrative offer to join a mysterious live game with the winning prize of 45.6 billion won. What he didn’t know was, that offer was gonna cost him his life.

Since its first premiere on Netflix on 17 September 2021, Squid Game has gone on and become a worldwide phenomenon! Although there are no release dates or any hints regarding the filming session of the new season, we can rest assured that it is in the works.

It took around 12 long years to create the series for the public, but who knew, it only took 12 days for it to become the most popular Netflix series ever in history (surpassing Money Heist and Stranger Things)!

Being the number one series on Netflix, Squid Game has won a lot of awards at the 28th Screen Actors Guild Awards (SAG) 2022 in Santa Monica, California, in February this year.

Some of the accolades are:

Additionally, they also won the “Breakthrough Series – over 40 minutes” category at the 31st Gotham Awards, held in New York. They’re the first South Korean show to win the award there.

Talk about a global phenomenon, huh?

Still in the works, but it’s coming…

Director, writer and executive producer Hwang Dong-hyuk recently made an announcement at the grand finale of the Netflix FYSEEE event in Los Angeles two days ago (12 June), officially declaring the great return of Netflix’s Squid Game for a season 2.

He even wrote a letter to fans hinting at the potential return of some key characters as well as new characters.

Fans can expect the return of the determined main protagonist, Gi-hun, the undefeatable secondary antagonist, The Front Man, and also Young-hee’s (the big creepy doll in the first episode) boyfriend, Cheol-su. And hey, the man with the ddakji (Korean traditional game with folded paper tiles) might be back also! (Hello Gong Yoo!)

Celebrating the announcement of the series confirmation yesterday, Young-hee a.ka. the “Red Light, Green Light” doll made an appearance outside Farenheit88 at Bukit Bintang, Kuala Lumpur. She was only there yesterday (13 June) though, for a thrilling game of Red Light, Green Light, from 9 am – 11 pm.

Don’t worry, later on with the season 2 premiere in the future, we might have a better and longer chance of playing with this innocently eerie doll. Or maybe even her boyfriend. Fingers crossed!

According to Tudum, currently, season two is still in its early stages. Fans might have to wait a bit longer for the season to hit the screens.

We are working on the script right now and making the form of the story.

But there’s definitely a lot of pressure on how to make [Season 2] even better.

I know that a lot of the different fans and audiences have enjoyed the series very much, but really we’re focusing on how to make it even more joyful to the global audience.

We honestly can’t wait for season 2! It must be full of mind-gripping challenges and an intricate storyline! Cue the chilling theme song of Pink Soldiers!