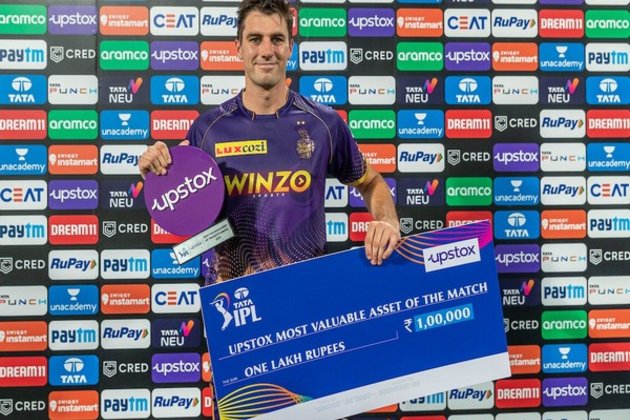 “Never expected him to come and play like that! A lot of credit to him for the way he played, ” said Mumbai Indians captain Rohit Sharma in the post-match presentation ceremony.

Mumbai Indians started off pretty slow as they scored only 35 runs for the loss of one wicket in the first six overs of powerplay. The five-times champions were 98/3 in 16 overs and went on to score 63 runs in the last four overs to take their total to 161 in 20 overs courtesy of a 5-ball 22 run knock from Kieron Pollard.

“With the bat, we didn’t start well. Over the last four overs, to get 160-plus was a great effort, ” said Rohit Sharma.By the end of 15 overs, Kolkata Knight Riders needed 35 runs in five overs with the match pretty much in balance but Cummins hammered Daniel Sams for 35 runs in one over to take his team across the finish line with four overs to spare. “We had the game until the 15th over, but the way Cummins played. We thought we could have them. But this will be hard to digest the way it turned out to be in the last few overs. There is a lot of hard work we need to put in, ” explained Rohit Sharma.

Mumbai Indians’ five-wicket defeat against KKR was their third in the season in as many matches. The Rohit Sharma-led side will be eyeing their first win of the season when they will take on Royal Challengers Bangalore on Saturday. (ANI)