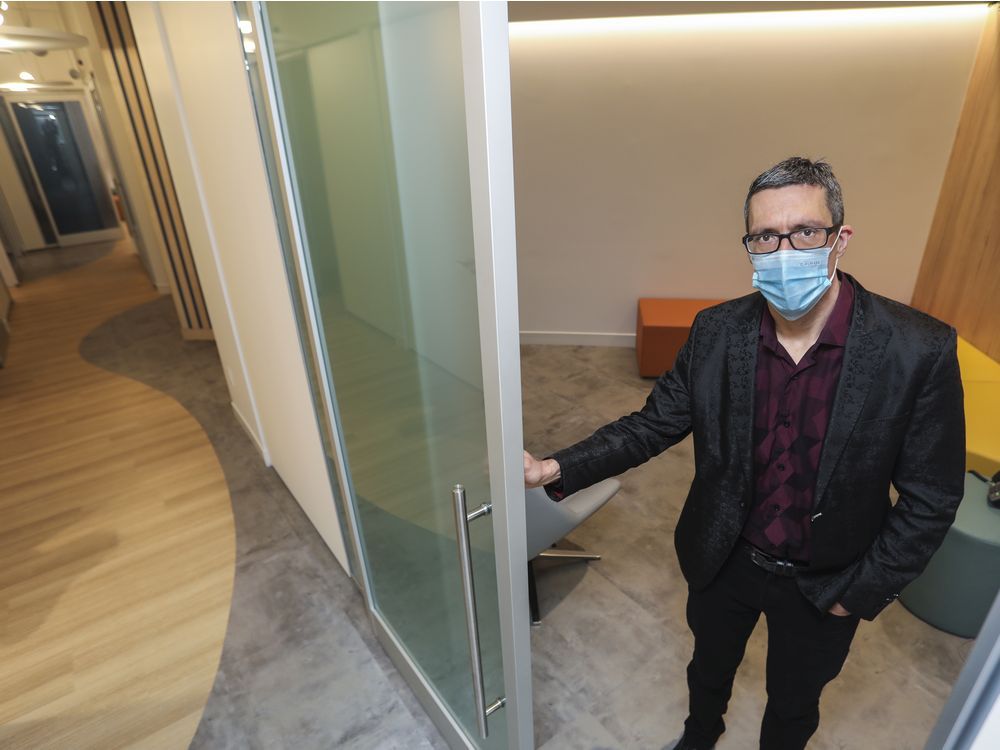 A unique new outpatient centre dedicated to helping adolescents who have contemplated or attempted suicide is opening in Montreal.

The Specialized Centre for Adolescent Mental Health, or Le SPOT Montréal, an initiative of the Montreal Children’s Hospital opening Monday, will serve those aged 12 to 18.

Although some adolescents arriving in the pediatric hospital’s emergency department in suicidal crisis need to be admitted, “we have seen a lot of situations where it is a cry for help, it is a red flag, it is a way to say, ‘Can someone help me, please?‘ ” said Dr. Martin Gignac, chief of the department of child and adolescent psychiatry at the Montreal Children’s, which is part of the McGill University Health Centre.

“Somebody in suicidal crisis is somebody struggling with different things,” he said. “Often they have low self-esteem, are easily stressed and have a lot of depressive symptoms. An accumulation of stressors and emotional states leads them to think that suicide might be a way of alleviating the suffering.”

“We need to assess if the crisis is related to depression and we need to treat it if it is — or if there are other stressors that can be psycho-social in nature such as a conflict, a family situation or something at school.”

If once they have been assessed in emergency at the Montreal Children’s and it has been determined that they can safely go home, these young people will be referred to the new centre and be seen there within 48 hours, Gignac said.

“We want to make sure that those who are not receiving services will now receive services quickly.”

The focus will be on psycho-social and multi-dimensional therapy, he said. During a period of up to 12 weeks of intensive therapy, a multi-disciplinary team including psychologists, social workers, an occupational therapist, a psycho-educator, a nurse and a psychiatrist will work with the young patients, individually and in groups, to equip them with tools and skills to manage their psychological distress.

Among other things, participants will learn about social skills, problem solving, emotional regulation — to have control over one’s emotional state — and family communication. Participants will continue to attend their usual school, although initially for less than a full day, and their regular activities.

The goal is for them to complete the program “better equipped to face life struggles,” Gignac said.

Integrating all these services under one roof and dedicating them to the population of adolescents in suicidal crisis is what makes the centre unique, Gignac said. Multi-disciplinary teams and programs exist elsewhere — in CLSCs, for instance — but they treat adolescents experiencing various forms of distress.

If a teen has experienced a breakup or has an issue with a parent or is having trouble with school, it can cause “everything to look dark,” said Dr. Lila Amirali, chief of the department of psychiatry at the Centre hospitalier Ste-Justine, the pediatric hospital affiliated with the Université de Montréal. “Everything evaporates from the horizon and they don’t feel hope. This is a crisis, but it’s not necessarily a psychiatric crisis.

At the Ste-Justine emergency department, where a psycho-social team of social workers is available 24/7 to screen young patients, “they help the patient and family to take a deep breath and see things more clearly,” said Amirali. “It helps to not medicalize every crisis that happens in human life.”

The hope is for Le Spot to accommodate 500 adolescents a year initially and, eventually, 1,000. All will have been seen first in the Montreal Children’s emergency department.

The centre, located in a de Maisonneuve Blvd. W. building near the Montreal Children’s, is designed to be a secure and calming place, Gignac said. “We  want people to engage and feel it is a clinic, but also a soothing environment — a great place for introspection and connection with others.”

We apologize, but this video has failed to load.

The $12-million cost of designing and building the centre and providing its services for 10 years was raised entirely by the Montreal Children’s Hospital Foundation, part of its broader Unexpected Ways to Heal campaign to raise $200 million by 2026.

The program currently does not have government funding, but Gignac hopes that will eventually change. “We will be trying to show that such an approach can have a major impact in terms of better mental-health outcome and better use of resources,” he said.

During the first year of the pandemic, the number of young people seen in the Montreal Children’s emergency department for mental health issues including anxiety disorders, suicidal ideation and suicide attempts jumped by 35 per cent.

“The last two years have been so tough on teenagers,” Gignac said: They have missed out on sports, seeing friends and other support systems, he said. And “isolated like never before,” they have overused social media, “which is not the best way to communicate your distress, so it led to a lot of difficult situations.”

But Gignac believes that “mental health has been a major area of concern” since before the pandemic. With high-profile personalities such as hockey players Carey Price and Jonathan Drouin talking openly about their mental health, “now we hear about it much more — and the timing is right to say that, if you raise a red flag, there will be help out there.”