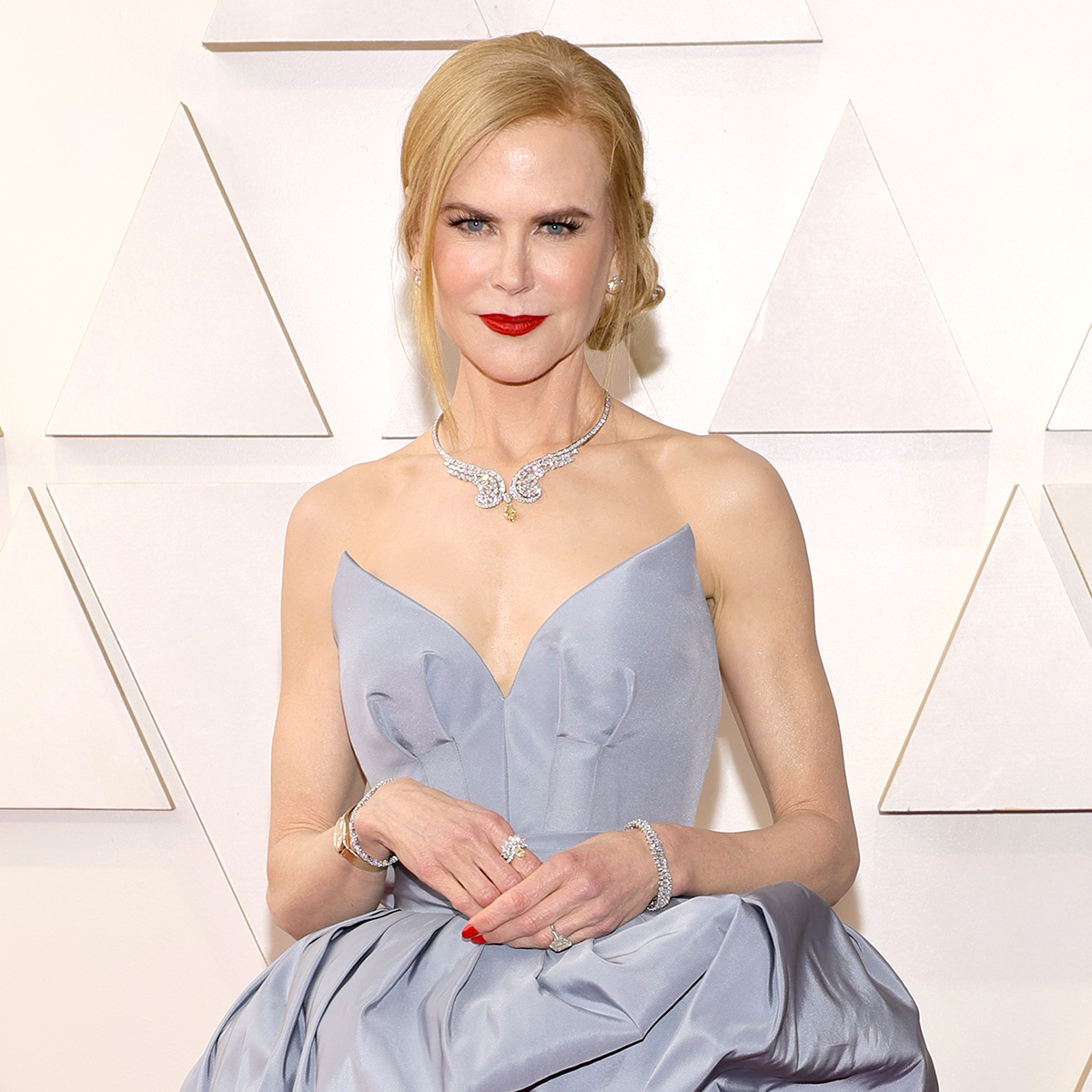 Nicole continued, “I think it’s just, at this stage in my career, to be given chances that push you out of your comfort zone and then people see you as something different to what you’ve already done, is always just a blessing.”

She said she’s particularly grateful for Being the Ricardo‘s director, Aaron Sorkin, who “took a massive gamble on me and I just wanted to deliver for him.”

“But at the same time,” she Nicole added, “the cast that we had, this is so much about us as a cast. Only three of us are nominated tonight but this is actually about our cast and our crew, which is partly the reason we’re here, because all of the work that we do is only possible because of the people behind the scenes. So we’re here to honor them as well.”

Nominated alongside Nicole for Being the Ricardos is Javier Bardem, up for Best Actor, and J.K. Simmons, competing in the Best Supporting Actor category. See a full list of nominees here.