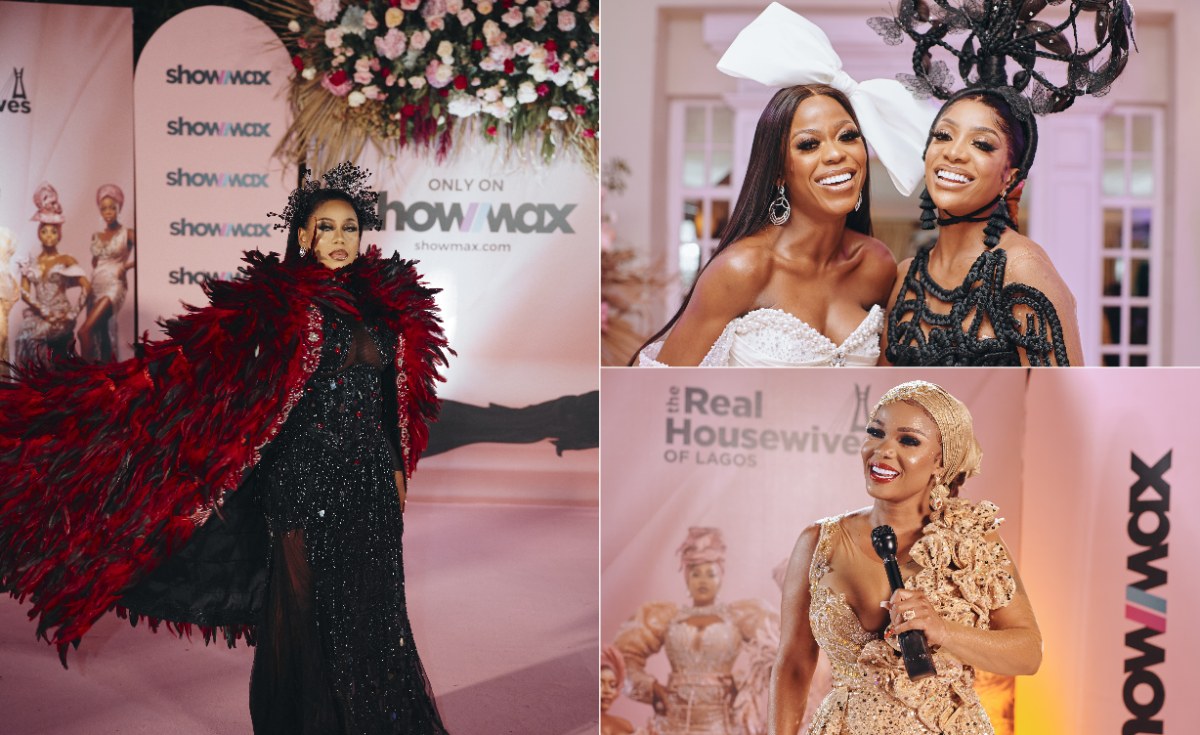 The much-anticipated Real Housewives of Lagos will finally air on Showmax today, April 8.

The reality TV series is the first Nigerian version, following the successful run of the Real Housewives of Durban, another Showmax original. The franchise is well known across the world for the glam and drama it brings to the screen.

The Real Housewives of Lagos features popular faces in the showbiz industry. They include Carolyna Hutchings, Laura Ikeji-Kanu, Chioma Ikokwu, Toyin Lawani-Adebayo, Iyabo Ojo and Mariam Timmer. Produced by Livespot 360, their lives are captured in each episode as they bring the glamour and what it feels like to be a real housewife in the bustling city of Lagos.

Ahead of its official premiere, the cream of Nollywood and media were invited to a special premiere held in Lekki. The event themed ‘Eko Glam’ had celebrities as well as representatives of Showmax and MultiChoice Nigeria in attendance. The red carpet was a cocktail of elegance and extravagance as celebrities donned their best to reflect the theme.

For Showmax, bringing the Real Housewives franchise to Nigeria was about giving audiences different cultural flavours. According to Laura Cooke, the Head of Public Relations and Communications, each location the franchise had been shot showed the uniqueness of that area. However, she said she was surprised at the buzz about Real Housewives of Lagos in South Africa.

Perhaps, the buzz can be attributed to the distinctiveness of the key actors. For instance, Lawani-Adebayo is known for her bluntness and risque pictures on social media while Hutchings whose popular line that poor people cannot stand her wealth went viral is expected to deliver more sassiness on the show.

For easier access, MTN Nigeria allows customers to pay for their Showmax subscription using their airtime.

A new episode of the series will be released every week.