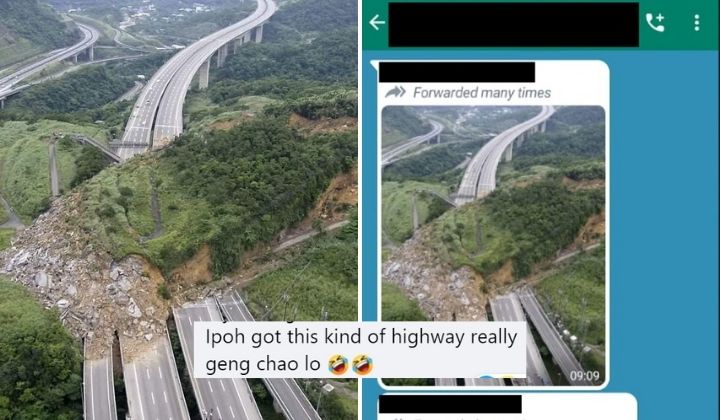 Recently, a photo showing an alleged landslide on a highway to Ipoh has been circulating online and it worried many people who were planning to return home to celebrate Raya.

The picture and the fake story continued spreading and found new life in WhatsApp groups.

According to netizens, the picture actually shows an actual landslide that happened in northern Taiwan about 10 years ago.

NBC News reported that the picture was taken by the Taiwan National Freeway Bureau.

Also, Ipoh locals said there are no such freeways heading to Ipoh. Netizens also asked the post to be reported to the authorities for spreading fake news.

Eagle-eyed netizens added that the limestone colours in the picture were all wrong, indicating that the landslide didn’t happen in Ipoh.

If anyone sends you the photo, please let them know that it’s an old photo of a landslide in Taiwan and it’s safe for people to balik kampung for the coming Raya celebrations.