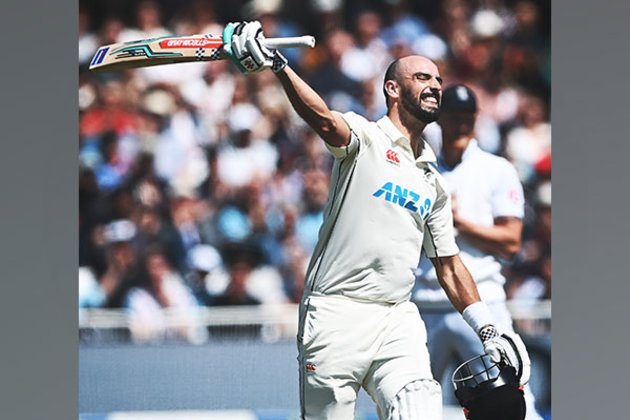 Nottingham [UK], June 15 (ANI): The second Test between England and New Zealand at Trent Bridge, Nottingham is the second-highest scoring Test played on the English soil, as a total of 1,675 runs were scored in the match.

It is still 49-runs short of becoming the highest-scoring Test match ever, as the fourth Test between England and Australia in 1948 Ashes saw both teams scoring a combined total of 1,723 runs, a record which has not been unbeaten. That match was played at Headingley and Australia had won it by seven wickets.

Out of these 1,675 runs scored throughout the match, 838 runs were scored by England while New Zealand had scored 837. England registered a five-wicket win in the match, chasing down the target of 299 runs set on the final day of the match and clinching the series 2-0 with one more match to go.

Coming to the match, Jonny Bairstow and captain Ben Stokes shined for England with the bat, helping their side win the second Test against New Zealand by five wickets and clinch the three-match series.

It was a see-saw contest between the Kiwis and England. While mammoth 500-plus scores during the first innings of both sides suggested that the match could head to a draw, New Zealand ended up setting a challenging target of 299, which England chased down with five wickets and more than 20 overs to spare.

With this, England has started off the Stokes-McCullum era with a series win.

Chasing 299, England was not off a good start as they lost opener Zak Crawley for a duck a the score of 12. A 41-run stand between Ollie Pope and Alex Lees followed but the former gave away his wicket to pacer Matt Henry for 18, after he was caught by wicketkeeper Tom Blundell. Root, the hero of previous innings fell for just 3. Lees and Bairstow tried to build a stand before the former fell for 44, sinking England to 93/4 after he was dismissed by Southee.

From then on, Bairstow and captain Ben Stokes took the control of the game. They smashed Kiwi bowlers left and right. Bairstow was on another level altogether, completing his century in 77 balls, and achieving the fastest hundred in the fourth innings of the game. The 179-run stand between the duo was broken by pacer Trent Boult, who dismissed Bairstow for an entertaining 136 off 92 consisting of 14 fours and seven sixes after he was caught by Blundell. However, Stokes carried on and won the game for his side, scoring 75 off 70 with 10 fours and four sixes. Wicketkeeper-batter Ben Foakes stayed unbeaten at 12.

Trent Boult was the pick of the bowlers for Kiwis, taking 3/94. Southee and Henry got a wicket each.

England won the toss and elected to field first. In the first innings of the match, New Zealand ended at 553/10. Daryl Mitchell (190) and Tom Blundell (106) were the top scorers for New Zealand in the innings. James Anderson was the top bowler for England with 3/62 in 27 overs.

In the third innings, New Zealand was bundled out for 284 in the fourth innings. Will Young (56), Devon Conway (52) and Daryl Mitchell (62) contributed well for the Kiwis with the bat. This set England a target of 299 runs to capture the series.

Stuart Broad (3/70) and James Anderson (2/20) were the stars for England with the ball in the third innings. Matty Potts also took 2/32 with his medium pace. (ANI)