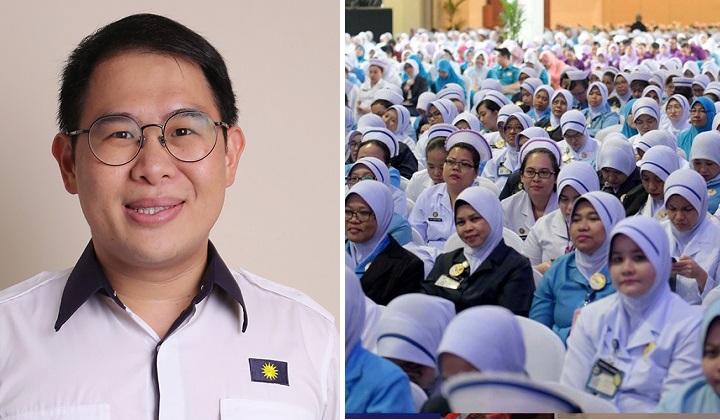 There are between 15,000 to 18,000 vacancies for nurses in Johor due to the current shortage of health personnel in the state.

State Health and Unity Committee chairman Ling Tian Soon said that there’s an exodus of nurses to Singapore due to the luxurious offer they received.

This, added to the increasing number of hospitals, were among the contributing factor to the current shortage of nurses in the state.

“When I made an official visit to the private and government hospitals in Johor recently, most of the health personnel voiced their concern that many graduates leave for the neighbouring country as they get attractive salary offers.

“They work as nurses in Singapore, but their salary is equal to that of a specialist doctor in Malaysia because of the currency exchange rate,” Ling was quoted as saying by Free Malaysia Today.

He added that it was not impossible for more Malaysians, including doctors, would be lured to work in the republic in future as it can offer a more attractive salary to Malaysians.

However, Ling said that Johor too would intensify its efforts to attract them to serve in Johor.

He said that the current shortage of nurses in Johor was still under control and he would raise the issue to health minister Khairy Jamaluddin Abu Bakar soon.

He also expressed hope for the government to offer more nursing courses and produce more nurses to cater to the vacant positions in both government and private hospitals.

At the same time, he hoped the government would offer more nursing courses to produce more nurses for both government and private hospitals.