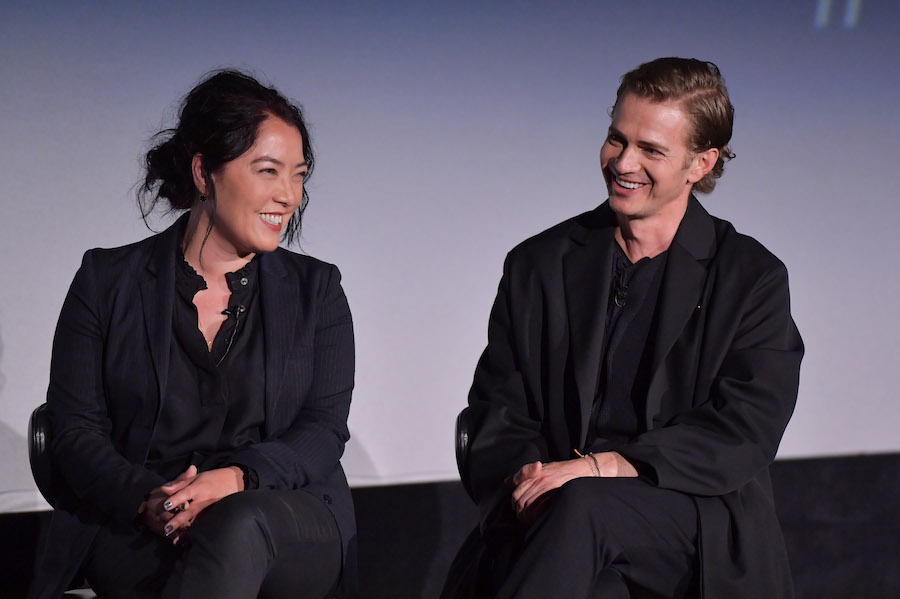 Toronto’s Deborah Chow and Hayden Christensen discuss coming home from a galaxy far, far away, but first an Inuit alien invasion thriller takes us way north for a metaphor on colonialism

Toronto director Deborah Chow and actor Hayden Christensen hosted a marathon screening of Obi-Wan Kenobi at the Scotiabank Theatre Wednesday, June 22. They took photos at the red carpet event with remote control droids and fans in the typical Star Wars cosplay. They also spoke to audiences onstage during a Q & A hosted by CTV’s Richard Crouse.

Chow and Christensen also spoke to NOW in separate interviews about coming home to Toronto after their stints in a galaxy far, far away and grappling with politics in the Star Wars universe, which tends to rankle online trolls who feel the franchise has gone woke. As if the franchise wasn’t already dealing with imperialism.

The six-part limited series Obi-Wan Kenobi takes place in the time between the prequels and the original trilogy. The show follows Ewan McGregor’s Kenobi as he’s called on to rescue Princess Leia for the first time while crossing lightsabers with Christensen’s Darth Vader. In the background, you’ll notice a refugee crisis playing out under the Empire’s watch.

The series gives Thornhill’s Christensen the opportunity to revisit the role we first saw him in 20 years ago. This time he gets to employ all those dramatic skills he learned at Unionville High School to use in the full jet-black Darth Vader costume. Mississauga-native Chow previously directed episodes of another Star Wars series, The Mandalorian. She directs all six episodes of Obi-Wan Kenobi.

Listen to the edited and condensed interviews on the NOW What podcast (22:50) alongside our conversation with director Nyla Innuksuk (01:23).

We previously discussed the latter’s Goonies-style, Nunavet-set, alien invasion thriller during a roundtable with Blood Quantum director Jeff Barnaby, author Cherie Dimaline and artist Chippewar. That conversation was about using sci-fi and apocalyptic genre tropes to tell stories about colonization on Indigenous lands.

Slash/Back arrives in theatres and VOD platforms June 24. Innuksuk joined the NOW What podcast to discuss her community’s journey to the screen and the movie’s journey back to her community.

Listen to the whole conversation on the NOW What podcast available on Apple Podcasts and Spotify or playable directly below.