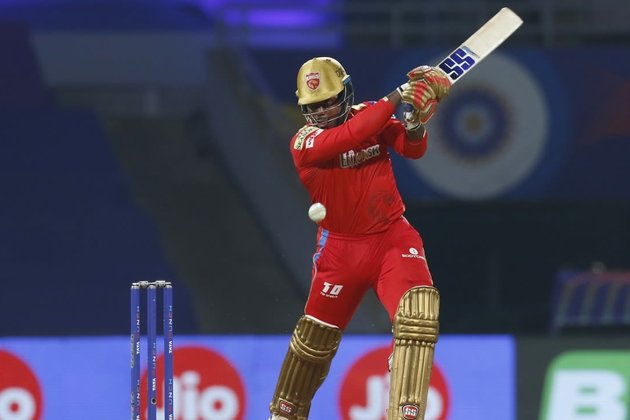 Punjab Kings’ new-look explosive batting made a splendid debut as they chased down Royal Challengers Bangalore’s 205 with an over to spare. The difference between the sides was RCB’s slow start: 57 for 1 in the first nine overs despite 16 extras at that point.

Faf du Plessis managed to turn things around after having scored just 17 off his first 30 balls, Virat Kohli supported him with 41 off 29, and Dinesh Karthik provided the finishing cameo of 32 off 14, but it was no match to the sustained hitting throughout the PBKS innings.

The tenth over onwards, though, RCB showed a welcome change in intent, and went from both ends. Kohli started off by dropping left-arm spinner Harpreet Brar over long-on, and du Plessis responded with an almighty assault on all comers. The biggest casualty was Odean, whose pace on the ball proved to be easy pickings on short straight boundaries.

Amid the mayhem, Rahul Chahar ended up with 4-0-22-1, but du Plessis found enough runs at the other end to threaten a century on his captaincy debut in the IPL.

Arshdeep Singh bowled a fabulous 18th over for just three runs and the wicket of du Plessis for 88 off 57, but Karthik spoiled any hopes of restricting PBKS might have had of restricting them to under 200. Karthik’s movement around the crease and his ability to access all the areas of the field made it difficult for bowlers on a true surface. Kohli hardly got any strike in the last few overs.

It didn’t take long to know that the target was par at best as Mayank Agarwal and Shikhar Dhawan began to pick apart the new ball with minimum fuss. Again it swung for about two overs, and the fourth and the fifth went for 29 runs, taking PBKS to 57 for no loss. Shahbaz Ahmed bowled the sixth over for just six, and Hasaranga lucked out in getting Agarwal out with the first ball he bowled, a short ball on the pads. In the rest of the over, Hasaranga troubled Rajapaksa, bringing to mind the batter’s less-than-ideal head-to-head against him before this match: 24 balls, 29 runs, one dismissal.

There is no point in building a side full of hitters, though, if you are going to be coy. Rajapaksa was anything but. In Hasaranga’s next over, he skipped down the wicket to loft him over cow corner and then swept him dead square for four. In going hard, PBKS kept losing wickets in what might appear soft fashion, but they didn’t slow down. Dhawan went out for 43 off 29, but Liam Livingstone came out and hit a massive six third ball. When Rajapaksa and Bawa fell off successive Mohammed Siraj deliveries, Livingstone still kept going. When Livingstone got out for 19 off 10, it finally provided RCB a way back in. The 16th and 17th overs went for just 14, finally taking the required rate to two runs a ball.

It was not that great a day for Shahrukh Khan, who had earlier dropped du Plessis when he was on 6. With the bat, he struggled a bit for timing, but Smith took all the pressure off with some awesome hitting in the 18th over to kill the contest. He took 25 off Siraj even as the bowler kept looking to hide the ball away from his arc wide of off stump. Smith, though, displayed his versatility by hitting sixes over cover and long-off. Eventually Shahrukh got to impart the final touches in the 19th over.

Sidharth Monga is an assistant editor at ESPNcricinfo