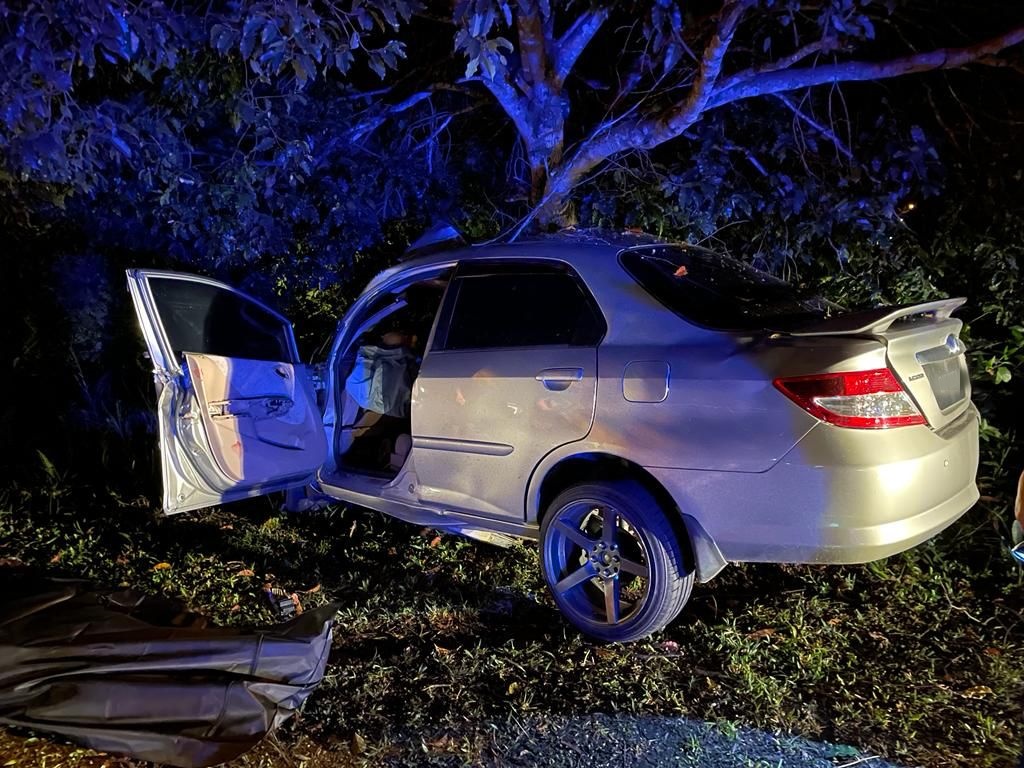 A police photo shows the victim’s car at the scene of the accident.

MIRI (May 11): A two-vehicle collision at KM9 Jalan Persisiran Pantai, near Luak Esplanade junction, early yesterday claimed the life of a 27-year-old man.

He said the incident happened around 2.20am when the victim was travelling from the city centre towards Niah.

“The victim’s car is believed to have gone out of control along a bend and veered into the opposite lane, striking the right side of an oncoming vehicle before crashing into a tree,” he said.

According to Bingkok, initial investigation at the scene found that the weather condition at the time was fair and the road well-lit.

The victim, he added, suffered head injuries and was pronounced dead at the scene by medical personnel.

The driver of the other vehicle and her two passengers were not injured in the collision.

The case is being investigated under Section 41(1) of the Road Transport Act 1987.