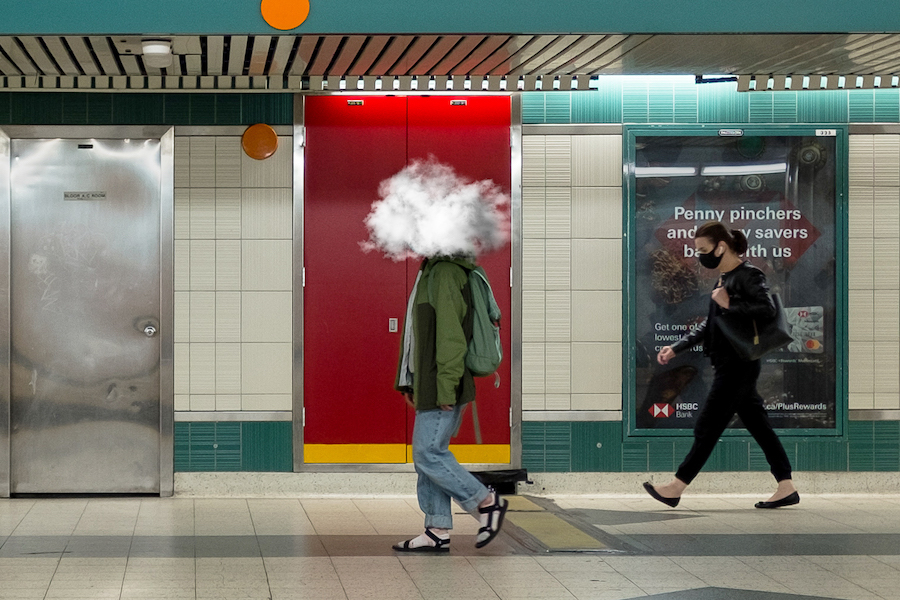 After a concussion, most people will recover and return to feeling like themselves after a few days or a couple of weeks, but anywhere from 5 to 30 per cent of people will experience symptoms that persist for longer than a month. Constant headaches, noise and light sensitivity, fatigue, dizziness, difficulty concentrating and increased anxiety are just some of the persistent symptoms that make up post-concussion syndrome. The duration varies as well – some people feel the effects for a few weeks or months, but in some cases, the symptoms can last for years. For Hannah Mittelstaedt, it’s been 9 years and counting.

In the early days of her concussion, Mittelstaedt was told to sit in a quiet dark room, which was, as she puts it, really boring. But she had a point-and-shoot camera, and began taking photos of random things in her room, and as she slowly got better the camera came on walks with her. “I would take pictures of everything and thought, ‘I’ll have a recording of this very strange time’, but the strange time didn’t pass.” Those early days of photographic experimentation and documentation inspired Mittelstaedt to eventually begin a portrait series about her experience with post-concussion syndrome.

Friendly Fire, from the Out Of Order exhibition, which illustrates Hannah Mittelstaedt’s long ordeal with post-concussive syndrome.

Out Of Order was originally scheduled to open at the Riviera Kitchen on Toronto Island in 2020, but like all things it was postponed by the COVID-19 pandemic. For Mittelstaedt this was a blessing in disguise, as she has spent the two-year delay growing and improving on her series. A mixture of traditional photography and digital manipulation, Mittelstaedt’s images seek to illustrate the unseeable world of invisible illness.

Invisible, from the Out Of Order exhibit.

In one portrait, Mittelstaedt is in the subway with a cloud over her head. “It’s like, I look normal like everyone else, except I had to wear crazy sunglasses and have soundproof headphones, and there was no way for people to look at me and tell I have a medical problem, because I appear like a totally healthy person.”

The images Friendly Fire 1 and 2 focus on well-meaning people offering advice over the years that isn’t always helpful, “It can be a bit frustrating because it feels like they don’t understand how severe [post-concussion syndrome] is,” Mittelstaedt said, “It would be wonderful if a copper bracelet could cure a brain injury, but it can’t, and it’s hard when you’ve got such a debilitating injury and no one around you can understand that.”

What is helpful in Mittelstaedt’s experience is to be heard, supported and validated by the people surrounding you. “Let them know you believe all their symptoms and tell them they are doing a good job, I think that’s helpful to hear.”

Today Mittelstaedt still experiences constant headaches and has some sensitivity to light, but has come a long way from those early difficult days in the dark with her point-and-shoot camera. “It’s not something I can totally forget and move on from,” she says, “having [a concussion] has been such a long and hard experience, it will always be with me.” However, she is now well enough to go to university and will begin studying commercial photography in the UK next year. “I didn’t do any photography before my concussion, so that’s been a silver lining.”

Out Of Order runs at the Riviera Kitchen on Toronto Island until May 29.