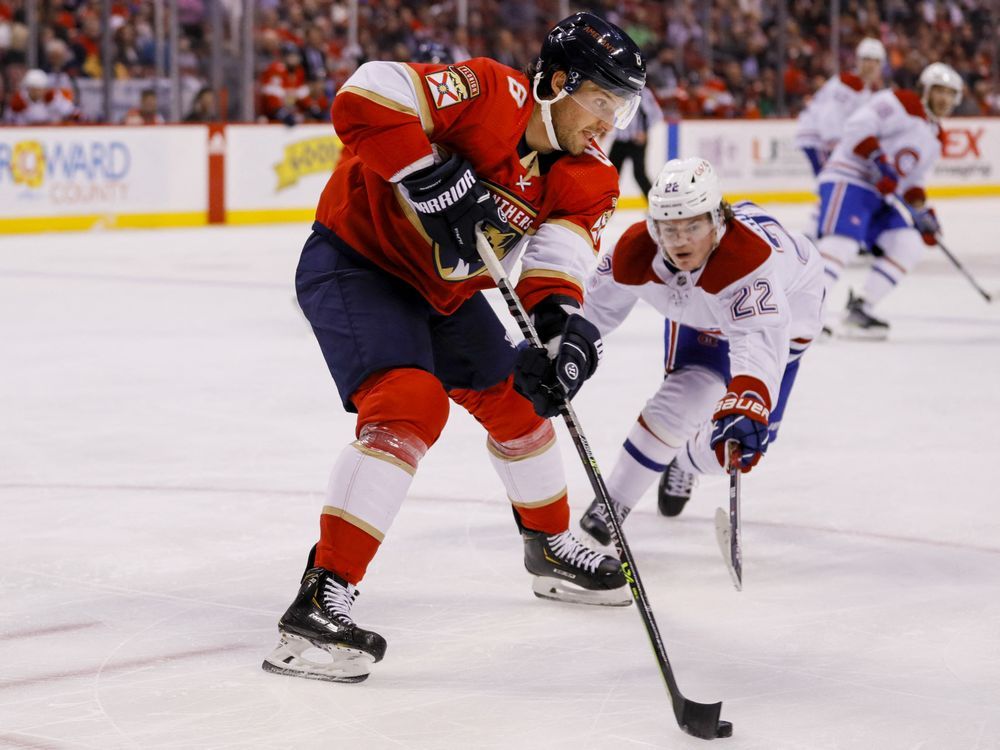 Final game of the regular season has the best team in NHL playing against the worst.

Last-place Habs: This is the last game of the season for both teams and the Canadiens clinched last place in the overall NHL standings Wednesday night when the Arizona Coyotes beat the Dallas Stars 4-3 in overtime. That means the Canadiens can pick no lower than third overall at this year’s NHL Draft and they have the best odds of getting the No. 1 pick in the draft lottery (25.7 per cent). The Canadiens ended a nine-game losing streak with a 4-3 win over the Rangers Wednesday night in New York. The Canadiens have the second-worst home record in the NHL (10-26-4), slightly ahead of the Coyotes (10-27-3).

Petry picks up game: Canadiens defenceman Jeff Petry scored two goals in New York, including the winner with 31 seconds left in the third period. This has been a tough season for Petry, who has 6-20-26 totals in 67 games and is minus-13. However, the 34-year-old has picked up his game recently and is on a four-game point streak (2-4-6). In his last 10 games, Petry has 2-8-10 totals. The 34-year-old has three seasons remaining on his contract with an annual salary-cap hit of US$6.25 million and GM Kent Hughes has said he will try to trade Petry during the off-season, but only if it’s a deal that works for both sides.

Huby Duby Doo: Panthers left-winger Jonathan Huberdeau ranks second in NHL scoring with 30-85-115 totals, trailing the Edmonton Oilers’ Connor McDavid (44-78-122) by seven points. Huberdeau, a St-Jérôme native, has been held off the scoresheet in only 13 of the 80 games he has played and has set a franchise record for points, shattering the previous mark set by Aleksander Barkov in 2018-19 (35-61-96). The Panthers selected Huberdeau with the third overall pick at the 2011 NHL Draft after the Edmonton Oilers took Ryan Nugent-Hopkins first and the Colorado Avalanche picked Gabriel Landeskog second.

Familiar face: Defenceman Ben Chiarot has played 18 games with the Panthers, posting 1-5-6 totals and a plus-4 while averaging 20:44 of ice time. The Canadiens traded Chiarot on March 16 in exchange for a second-round pick at this year’s NHL Draft, a first-round pick in 2023 and 20-year-old forward prospect Ty Smilanic, who had 13-10-23 totals in 41 games this season with Quinnipiac University. Chiarot had 7-11-18 totals in 54 games with the Canadiens this season and was minus-18 while averaging 23:33 of ice time. Chiarot will turn 31 on May 9 and is in the final season of a three-year, US$10.5-million contract with a salary-cap hit of $3.5 million. He can become an unrestricted free agent during the offseason.