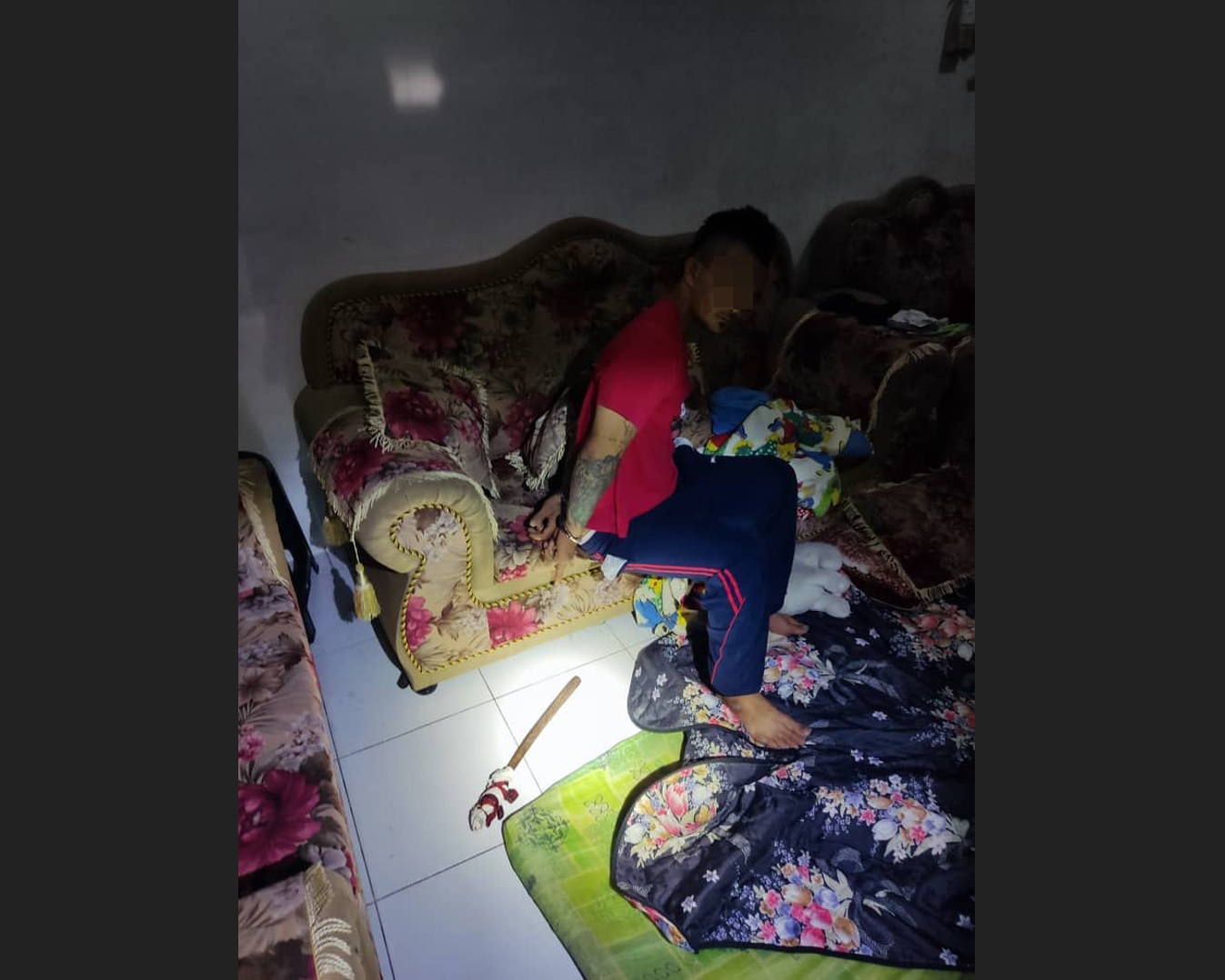 Photo shows the Sungai Saeh Merah suspect during his arrest in his home.

MIRI (May 6): Police were called to a home in Sungai Saeh Merah, Niah on Wednesday (May 4) after a 31-year-old man allegedly ran amok and assaulted his wife.

He was reportedly found holding a parang while punching his wife.

The suspect has since been remanded for four days.

Separately, a 39-year-old man was arrested for allegedly running amok and assaulting his sibling following a misunderstanding.

Police arrested the suspect in his home on Thursday, where he is said to have been in possession of a knife.

According to a source, the suspect’s family members claimed he had been involved in drug abuse and similar incidents of assault had previously occurred when his requests were not fulfilled.

The suspect has been remanded at the Miri Central police station for three days.

The case is being investigated under Section 323 and Section 427 of the Penal Code.