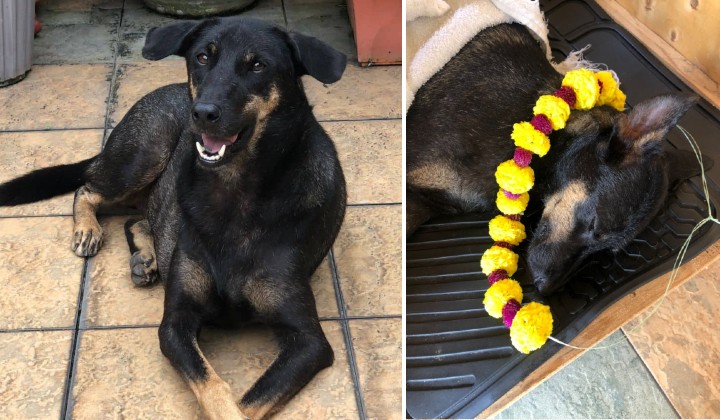 A relaxing casual walk in cool evening air after rain quickly turned into a nightmare for one family whose dog suddenly seized up and died from cardiac arrest.

Facebook user Hazel Chee shared her family’s tragic story, warning other dog owners against walking their dogs immediately after rain when the ground is still wet.

Their dog, Skinny, was walking with the family when he started jumping and screaming where he stood. Immediately after, he collapsed.

Although the family attempted CPR, they were unsuccessful in reviving Skinny.

It turns out that a lamp post nearby had faulty underground wiring, with live electricity leaking into the ground. Because the ground was still wet with rain, the whole area had electrical currents running through the ground and puddles.

Since humans wear rubber-soled shoes when outdoors, we are insulated from electrical currents.

However, barefooted pets (and sometimes even young children!) who step onto any puddles will immediately be electrocuted as they do not have that kind of protection.

Hazel notes that Tenaga Nasional (TNB) was contacted and they confirmed a large leakage area after investigation.

Unfortunately, it will still take some time before the electrical leak can be fixed as the park is owned by DBKL and approval will need to be obtained before TNB can make repairs.

Hazel shared the story so that other pet owners can take note and be aware of risks of electrocution after rain.

If we had known about such risks perhaps this wouldn’t have happened.

Many people are fond of taking walks after rain due to the cool weather, but they should also be aware and ready if their pets suddenly jump and scream frantically, as it could be due to electrocution.

I just wish the electrical works at the park was properly maintained then this wouldn’t have happened.

Skinny was a rescued dog, brought home by his family 2 years ago. He would have been around 4 years old, which is still relatively young for pet dogs.

Sadly, Hazel and her family must instead say goodbye to their beloved family member.