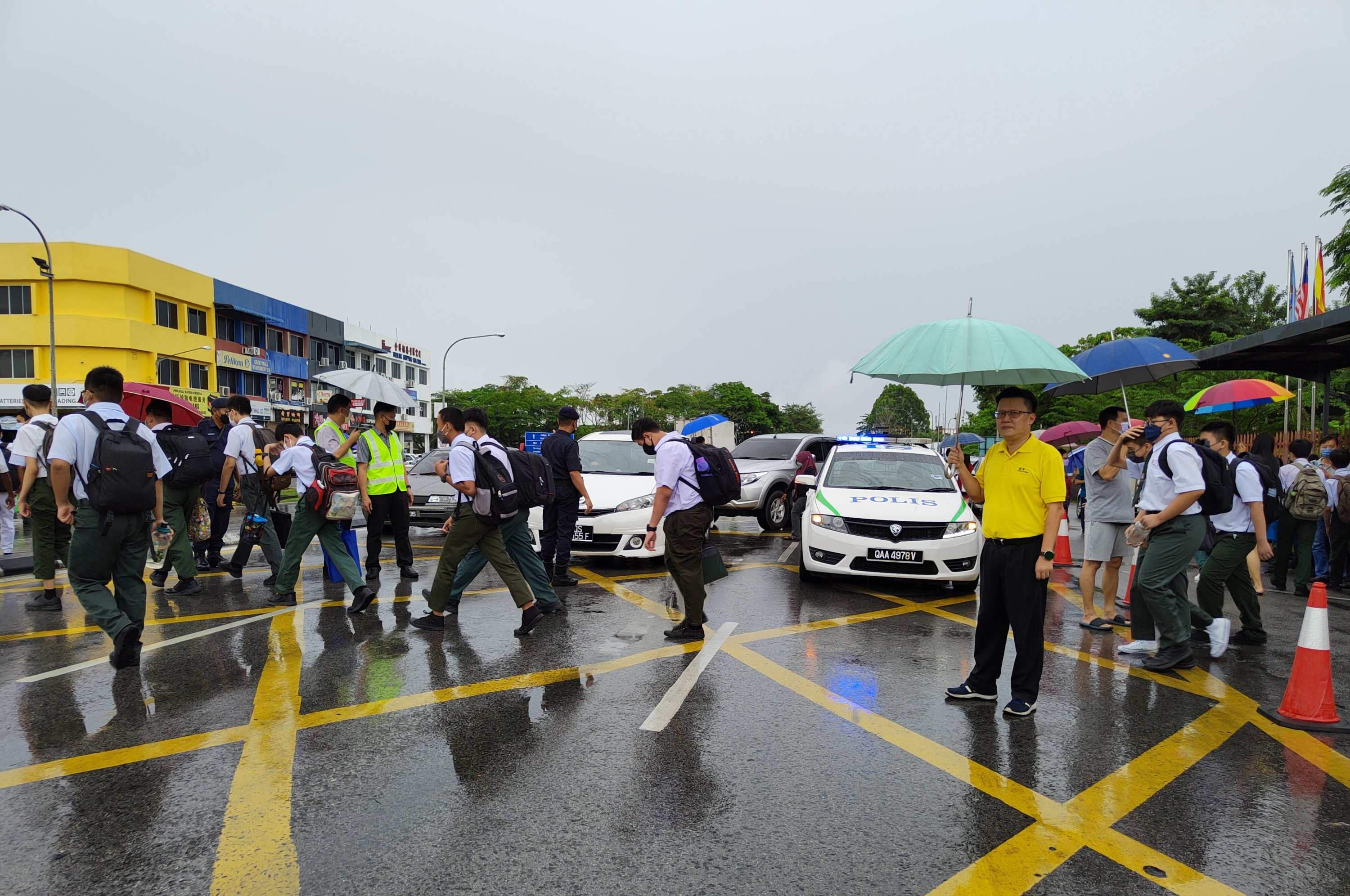 Chieng observes the traffic flow during his inspection on the traffic control in front of SMK Sacred Heart. – Photo by Peter Boon

Bukit Assek assemblyman Joseph Chieng said the project, expected to end this September, is aimed at easing traffic congestion in these two areas before coming up with solutions for further improvement.

He added among the measures include imposing traffic control time at these two places, in addition to freeing up two lanes in front of these schools for smooth traffic flow.

“During the traffic control time, we will have traffic police, Rela (People’s Volunteer Corps) and school warden to strictly control the traffic in these two areas.

“We hope to free two lanes in front of these two schools to ease traffic flow. When school lets out, there is traffic congestion all the time especially on rainy days,” he told reporters, adding feedback received from the public has been generally positive.

Chieng directs cars to turn use the newly-created additional lane to turn into Lorong Lanang 1, during his inspection on the traffic control in front of Catholic High School. – Photo by Peter Boon

He admitted there were a handful of parents who were at odds, but hoped they would render their cooperation.

“Unfortunately, there are still a handful of parents who are rather stubborn and insist to double-park at the area.

“There are five lanes in front of SMK Sacred Heart but left with only one lane for traffic to pass through, which is totally unacceptable. It is so selfish and that is why we made the decision to free up two lanes.”

According to Chieng, he had received many complaints from motorists who had to wait for about 45 minutes to pass through the stretch along SMK Sacred Heart, and described the situation as “totally unacceptable”.

Adding on, he said they have suggested for parents to wait at the commercial buildings across the road, with SMK Sacred Heart’s traffic warden and Rela making sure the children cross the road safely.

He also informed that at Catholic High School, an additional lane has been created so that vehicles coming out of the school can turn left into Lorong Lanang 1 to ease congestion.

Towards this end, Chieng said the pilot project, if proven successful, could be extended to other schools here in the future.