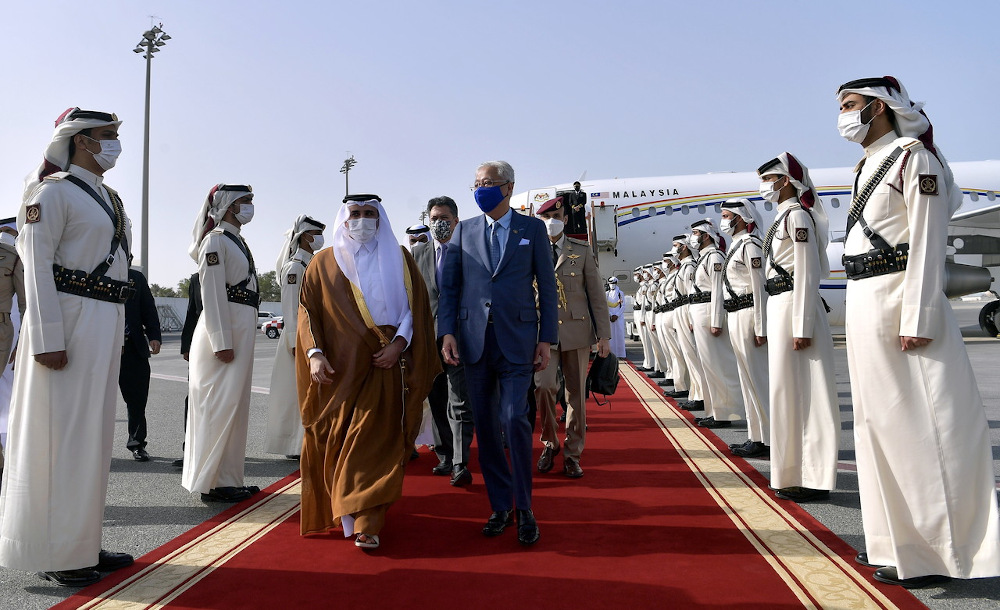 The aircraft carrying the Prime Minister landed at the Doha International Airport at 3 pm (local time).

He was met on arrival at the Amiri Lounge by Minister in Attendance, Qatari Minister of Municipality Dr Abdullah bin Abdulaziz bin Turki Al-Subaie and Minister of Foreign Affairs Datuk Seri Saifuddin Abdullah as well as Malaysian Ambassador to Qatar Zamshari Shaharan before being ushered to walk past the Static Guard of Honour and proceeded to the awaiting motorcade.

Tomorrow, the Prime Minister is scheduled to visit the Baladna Farm, one of the largest cattle farms in the region located about 60km north from here, witness the exchange of the Letter of Intent (LOI) between PR1MA and Qatar Investment Authority and have engagement sessions with the business community and members of Keluarga Malaysia (Malaysian Family) in the capital.

On Tuesday, the Prime Minister will have an audience with the Amir of Qatar Sheikh Tamim Bin Hamad Al Thani before proceeding to an official luncheon hosted in his honour at Amiri Diwan.

Strengthening of Malaysia-Qatar’s long-standing and multifaceted cooperation will be high on the agenda and the two leaders will chart a way forward in economic collaboration, as well as other post-pandemic recovery efforts, and exchange views on international issues of mutual concern.

This is Ismail Sabri’s first official visit to Qatar after being sworn in as Malaysia’s 9th Prime Minister on August 21 last year. — Bernama