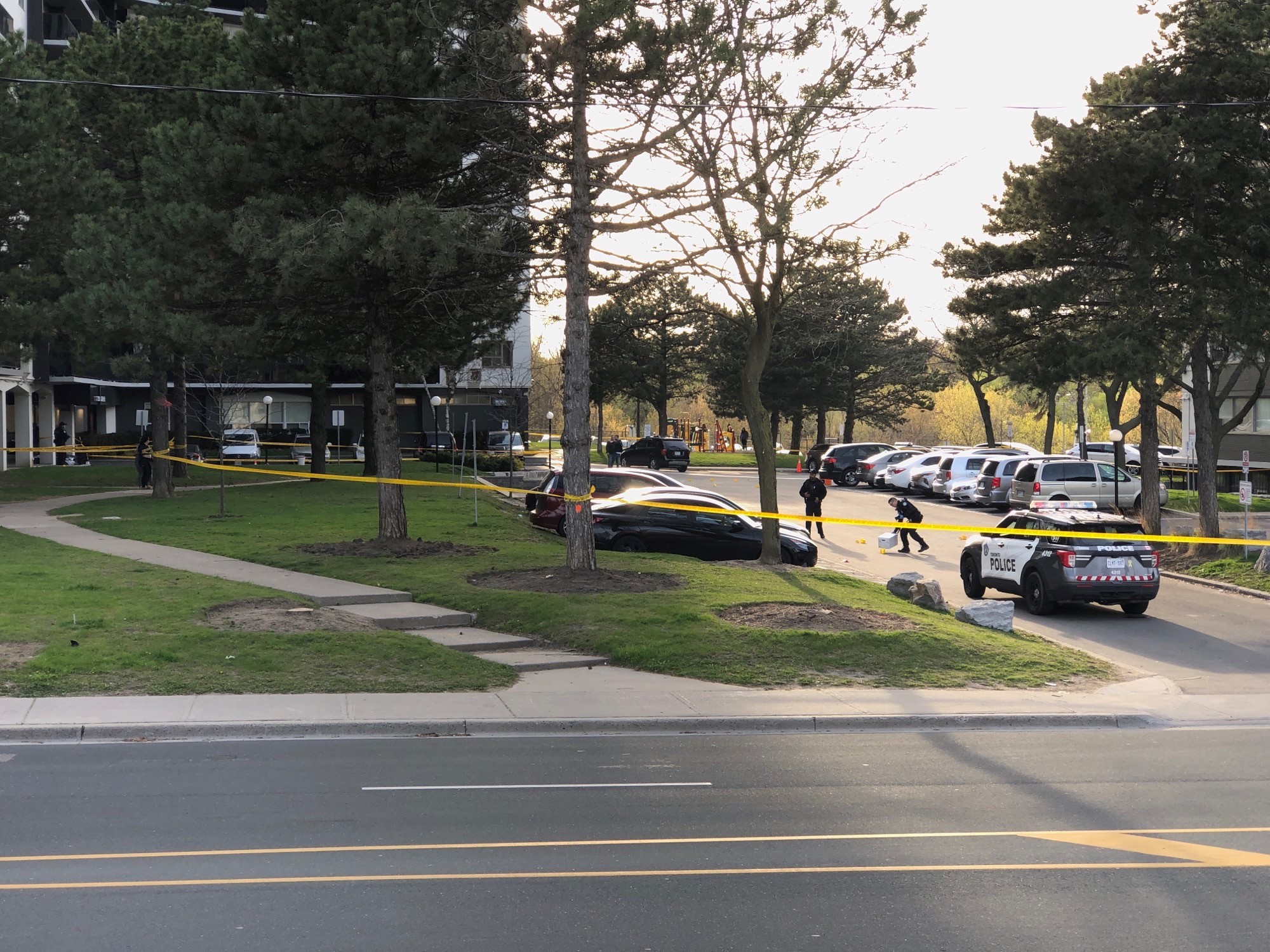 Toronto police are looking for suspects after several apartments in Scarborough were reportedly hit by bullets Monday afternoon.

Around 4 p.m., police say they were called to the Brimley Road and Danforth Road area after shots were heard.

Nobody has been hurt, but police say several shell casings were found in the area and some windows in a nearby building were damaged.

Police say the investigation is ongoing and the canine unit has been called in.

Anyone who has information is asked to contact police.