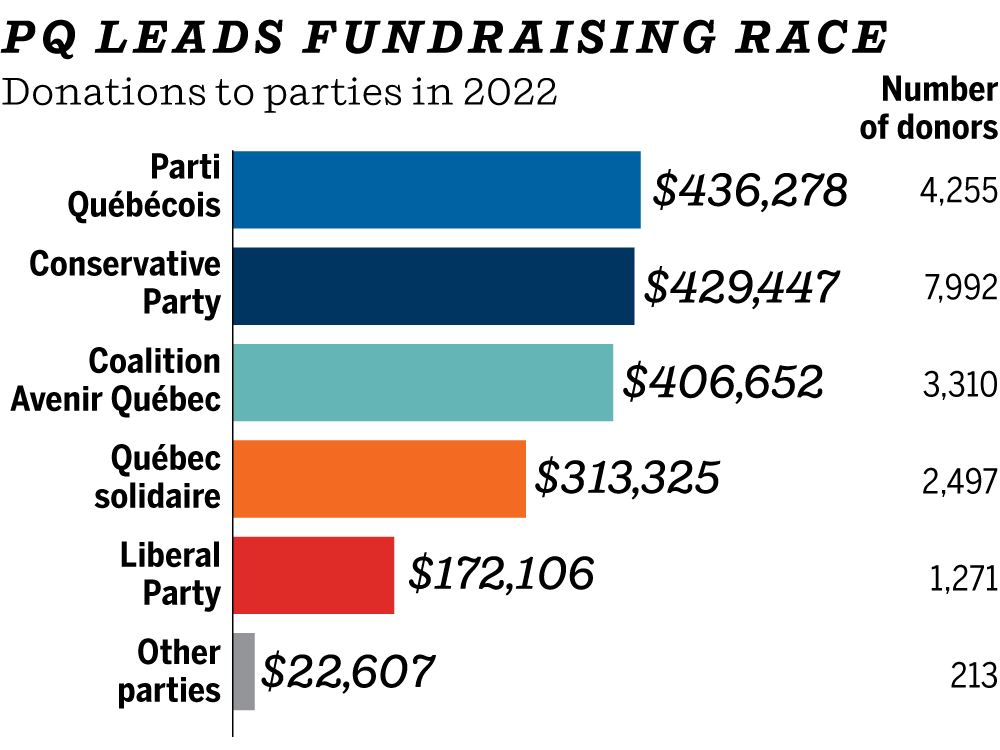 The Parti Québécois hopes to have the same budget for the October election as it did in 2018, around $4 million.

QUEBEC — With five months to go until the next general election, the fundraising race is tight: the Parti Québécois has surpassed the Conservative Party of Quebec in total donations since the beginning of the year.

The PQ hopes to have the same budget in October as it did in 2018, around $4 million, Leader Paul St-Pierre Plamondon said.

Usually the leader in fundraising, the PQ fell to second place in recent months with the surge of support for the Conservatives under new Leader Eric Duhaime. At the end of February, the Conservatives had raised almost $200,000 in two months.

According to data from Élections Québec, the PQ has raised $436,278 since January, while the Conservatives are slightly behind at $429,447.

“It’s a sign of appreciation of the work we’ve done,” St-Pierre Plamondon told Presse Canadienne. “There isn’t an act more important, more significant, than bringing out your chequebook. It’s also an advance sign that we can count on many volunteers” during the election campaign.

The governing Coalition Avenir Québec was in third place in both categories, and Québec solidaire fourth. The Liberal Party well behind at only $172,106, but said Thursday it had jumped to $212,000 in recent days.

Donors are limited to $200 in donations to a party in an election year, and $100 every other year.

Parties also receive funding from the government based on their vote share in the previous election, which gives the CAQ an advantage.

“The CAQ starts with an advantage and we’re looking into how we can maximize each cent in electoral expenses in an environment where the CAQ will spend without counting,” St-Pierre Plamondon said.