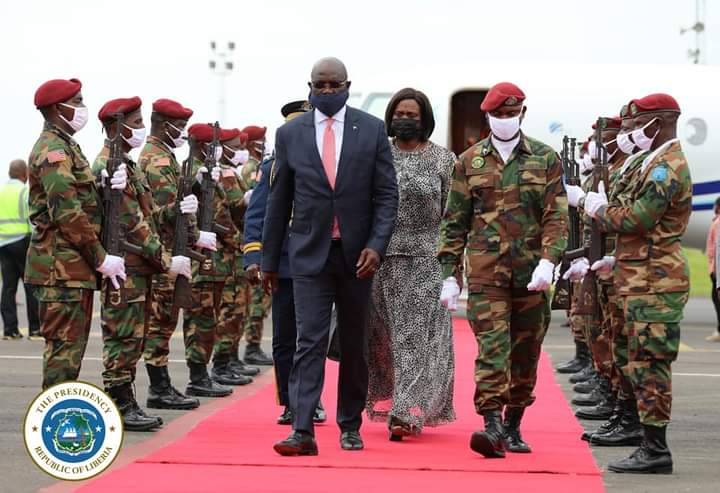 President George Manneh Weah, is back in Liberia following his successful participation in the 15th Session of the Conference of Parties (COP15).

President Weah on Sunday, May 8, 2022 joined other Leaders from the West African Subregion for the Heads of State Summit on Drought Resilience and Sustainable Land Management held from May 9-10 in Abidjan, Cote D”Ivoire.

The Summit is part of Fifteen Session of the Conference of the Parties (COP15) of the United Nations Convention to Combat Desertification (UNCCD).

Held under the Theme “Land. Life. Legacy: From scarcity to prosperity,” COP15 is aimed at galvanizing sustainable solutions for land restoration and drought resilience, with a strong focus on future-proofing land use.

It also explored links between land and other key sustainability issues, such as land and climate, land and biodiversity, land and green jobs and gender equality.

At the Conference, the President Weah
called for collective global action to deter and weather the crippling effects of climate change, stating that there are huge benefits for Africa and the rest of the world if they acted together.

The President observed that climate change has the potential to create global insecurity.

President Weah touched down at 1:28pm at the Roberts International Airport and was met on arrival by an array of government officials led by the Minister of Finance and Development Planning, Hon Samuel D. Tweah, Jr.

Minister Tweah acted as Chair of the Cabinet in consultation with the Vice President via mobile phone contact with the President.