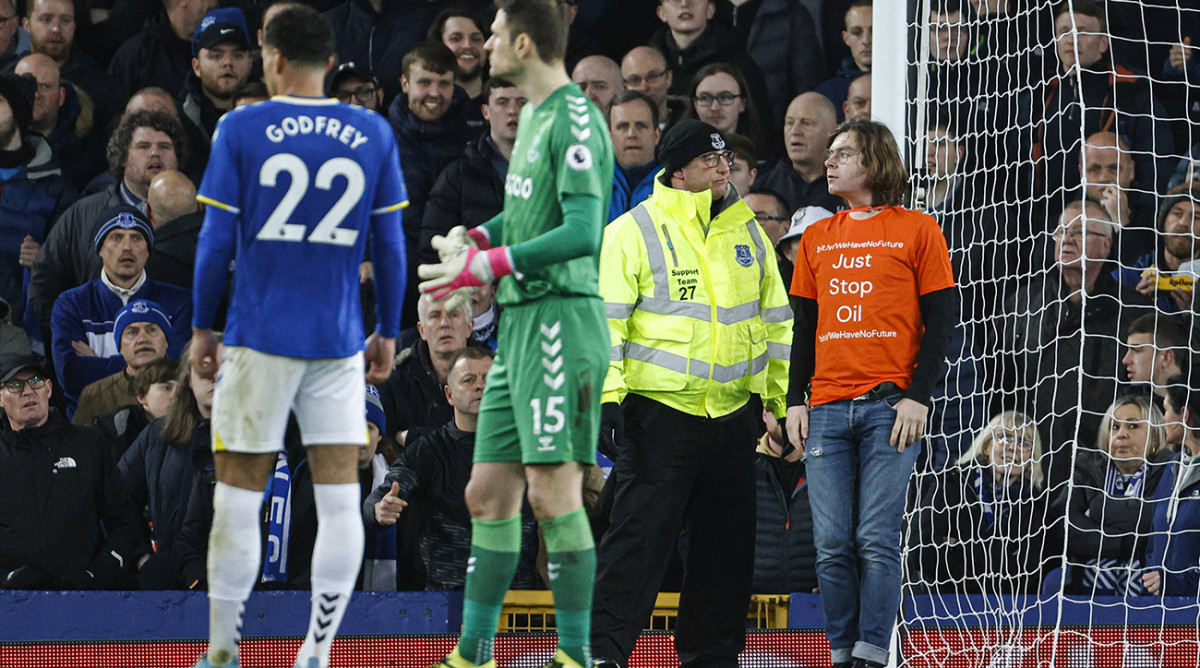 A match between Everton and Newcastle was delayed Thursday when a person ran on the pitch and zip-tied themselves to a goalpost in protest. The person placed the zip tie around their own neck.

The person’s shirt could be read with a website including the words “bit.ly/WeHaveNoFuture.” Under it, the shirt read “Just Stop Oil.” Fans threw trash at the protester for the delay.

The unnamed protester did not go quietly once security was able to remove the zip tie. They can be seen on the ground not cooperating with authorities—forcing them to pick them up by their limbs and carrying them.

Seeing this, one Everton fan charged the scrum of security and appeared to hit the protester, causing a violent scene. The Everton fan was swiftly removed and the protester was raised to their feet. In total, the stoppage lasted about eight minutes.

The protester’s identity and possible charges are unknown at this time.