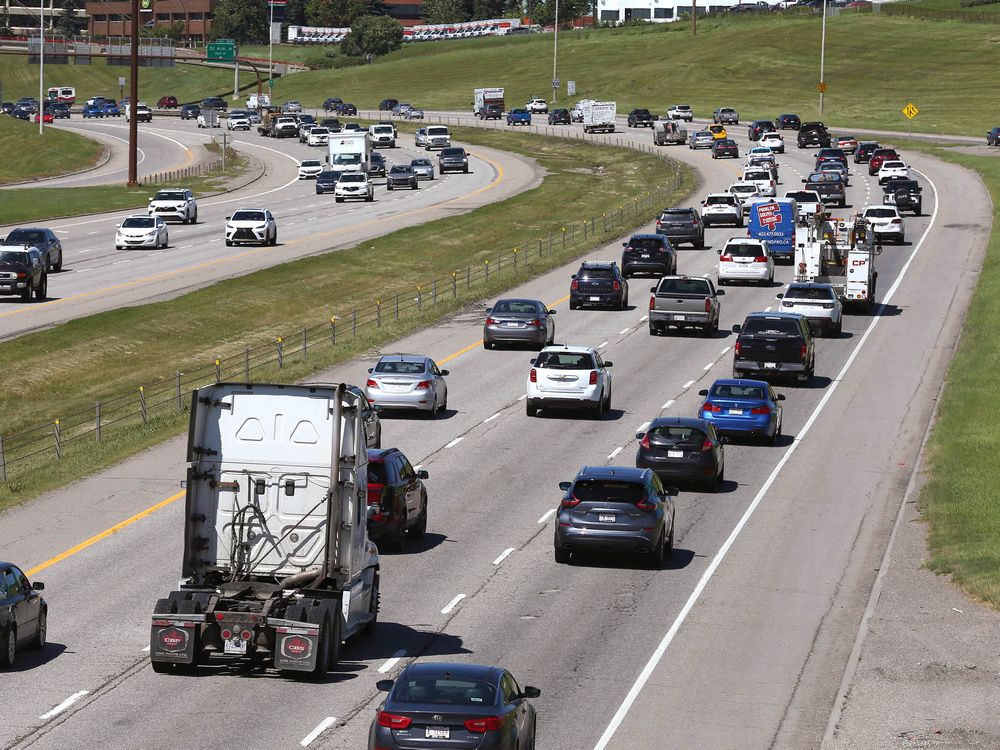 The province has cancelled plans to take a public-private partnership approach to upgrading Deerfoot Trail because the expected cost savings just weren’t there.

In a statement, Transportation Minister Prasad Panda said the province will instead procure improvements to Alberta’s busiest highway in “smaller pieces.”

“Current economic conditions have resulted in pricing volatility and historically high inflation in the construction industry, which means a P3 approach to Deerfoot Trail improvements is not economically viable,” he said.

Panda said upgrades will still go ahead. He said work will focus on the most congested areas of the highway first, and that the province is working to identify those areas so they can go to tender as quickly as possible.

Speaking by phone, Panda noted the province’s work on Deerfoot Trail hasn’t stopped. He said money left over from the 2019 budget is being used on preparatory work such as utility reallocation.

He said crews are not going to miss this year’s construction season. After some engineering work, the plan is to start in the fall on work they know needs to be done. He anticipates awarding contracts by the end of the year so the main construction can begin next spring.

The move doesn’t really change the start time announced last August, when three private companies were chosen to submit bids on a P3 project. Those bids were due by this month, with construction to begin in the fall.

Previously, the project was expected to be completed by fall 2026, but it is unclear if that end date will be affected.

Some of the segments the province wants to tackle include twinning the Ivor Strong Bridge, improving Anderson Road/Bow Bottom interchange, and reconfiguring the 17th Avenue S.E. and Memorial Drive Interchanges to eliminate weaving traffic.

Mayor Jyoti Gondek said Deerfoot Trail is an important corridor for the city and the province, as it keeps goods and people moving.

“I will be taking a deeper look into how the province’s changes in approach to procurement impacts the overall project,” said the mayor.

Deerfoot Trail is the western boundary of Ward 5 Coun. Raj Dhaliwal’s ward. He said he understands the current market volatility is affecting construction projects such as this, but he’d like to see the numbers that led to the decision.

He said as someone who comes from a business background who has executed and managed oil and gas projects, he has always believed in economies of scale, versus doing things piecemeal.

“If you have a plan to do something and there is a need for you to do that, (you) might as well do it all as a lump sum because you get better cost, you get better execution prices, better safety and a better cultural mindset,” said Dhaliwal.