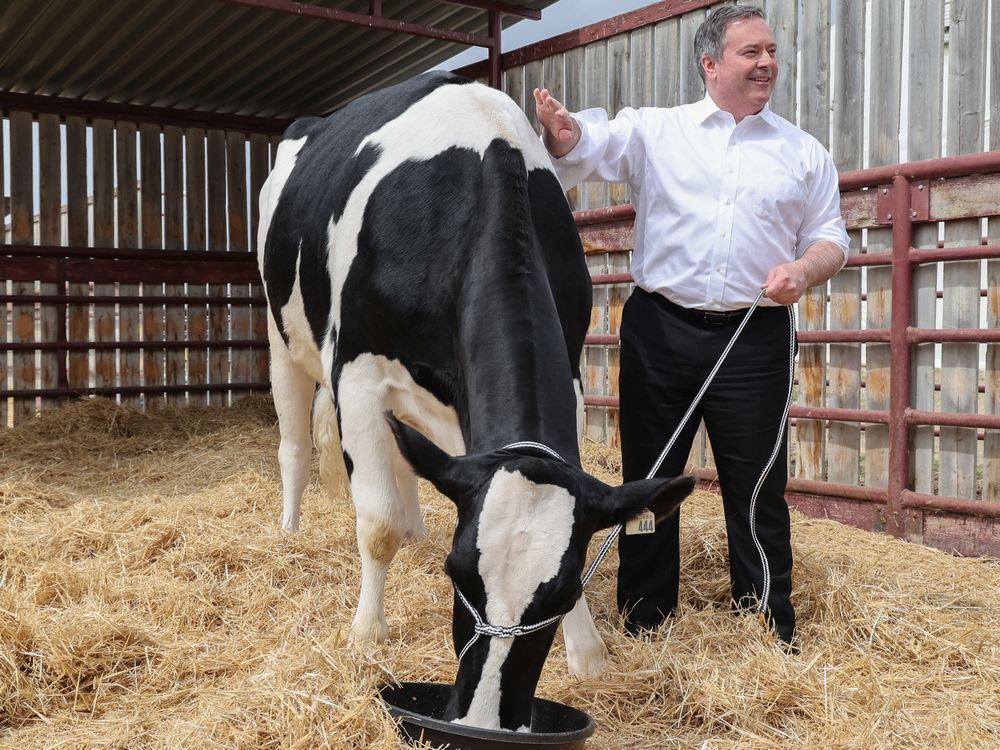 Provincial funding is expected to help double the number of graduates from the faculty of veterinary medicine at the University of Calgary within the next three years to assist an industry in “crisis.”

Premier Jason Kenney re-announced a $59-million commitment in capital funding Tuesday to build new infrastructure for the program, while $8.4 million will expand the number of students able to enrol and graduate in the program.

The funding was announced in this year’s budget, but details on how the money will be spent were shared Tuesday.

“Alberta’s vet workforce is currently short by an estimated 850 practitioners and that number is set to grow,” said Kenney. “Meanwhile, demand for vet services, especially as I say for large animals, continues to go up, but the number of vet graduates has stayed at the same level for decades.”

The funding is expected to help the U of C veterinary department grow from 50 graduates a year to 100. University president Edward McCauley said there will be room for another five students this September, an additional five next year and the rest of the expansion is expected to be in place once the capital funding has been used to build additional infrastructure in three years time.

Agriculture Minister Nate Horner said veterinarians specializing in large-animal care have been struggling, and improving staffing numbers has been a top request from rural municipalities. He said suicide rates in the profession are high and many of these vets spend long hours alone. He said he hopes the funding commitment shows the government is serious about improving issues in the industry.

“It maybe isn’t always as rewarding as you’d hoped. I hope that’s not the case, but it’s difficult is my point,” said Horner.

Dr. Natasha Kutryk, vice-president of the Alberta Veterinary Medical Association, said the industry is in a crisis but that Albertans should not avoid seeking veterinary care when it’s needed. She said animals are still being tended to, and said she hopes the higher number of graduates will help ease some of the burden on practitioners.

“There is a rural vet shortage right now, which is hurting farmers who cannot get their livestock seen when they need to. The announcement made today will not immediately address that need,” said Sweet. “The UCP must provide details on how they will directly support Alberta’s agriculture economy and the need for specialized large-animal care.”