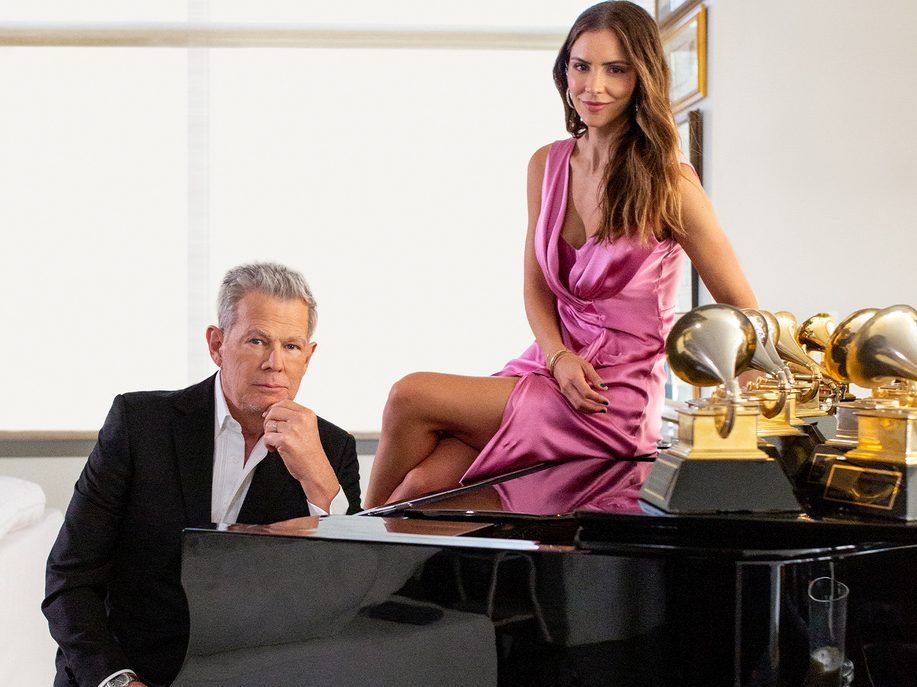 During the early months of the pandemic, Canadian-born music icon David Foster and his wife Katharine McPhee created a little show for Instagram called The Kat & Dave Show. This year, they took that little show out of their living room, beefed it up considerably and are taking it on the road.

Foster and McPhee are popping up to Calgary and Edmonton, the only Canadian cities on the current leg of their American tour although they will be hitting more Canadian cities in October in a tour that targets Canada.

The Kat & Dave Show plays the Grey Eagle Casino in Calgary on July 15 and the following night they are in Edmonton at the Heritage Amphitheatre in Hawrelak Park.

“We really did create The Kat & Dave Show just for fun. Like every other artist, Kat and I were hunkered down desperate to be performing so we decided to do a show on Instagram. USA Today did an article about the 10 best pandemic streaming shows and we were number one so Kat and I began thinking maybe we had something we should tour,” says Foster.

He says the show has a loose format but it will feature a lot of his material plus material McPhee has covered like Somewhere Over the Rainbow, the song she performed on the fifth season of American Idol which garnered her second place behind that year’s winner, Taylor Hicks.

It was on American Idol that Foster and McPhee met.

“Andrea Bocelli and I were guest mentors working with the final six contestants. It was Andrea who made me see Katharine was something special. I began hiring her to do charity concerts and we quickly became good friends. We were both married at the time but when those marriages collapsed, liking turned to loving.”

Foster, 72 and McPhee, 38 were married on June 28, 2019, and welcomed a son Rennie on Feb. 22, 2021. Foster says their son has accompanied them to Europe and most of their American engagements. He won’t be coming up to Canada for these two shows.

During the Alberta concerts, Foster says he and McPhee will chat to the audience as well as sing because he hates going to concerts where the artist doesn’t talk. But the primary focus is still the songs that he has written for artists as diverse as Barbra Streisand, Celine Dion, Michael Buble, Josh Groban, Ringo Starr, Rod Stewart, Boz Scaggs and groups like Earth, Wind & Fire, Chicago, The Tubes and Alice Cooper.

His work as a writer, composer and producer has garnered him 16 Grammy Awards from 47 nominations and, this past May, the Governor General’s Lifetime Achievement Award.

“My Grammys are on my piano at home. They used to be with my mother in Victoria until she passed away. I have great reverence for all the awards I have won. A few of my Grammys actually helped with the Kat & Dave Show because I used them to prop up the iPhone we used to record the Instagram shows.”

One of the most popular parts of the Kat & Dave Show has the duo searching the audience to find singers to bring up on stage.

“It’s the Rocky moment of the show. The audience really wants these people to succeed and so do we, which is why we insist they have to know all the lyrics of the song they choose to sing.”

Foster says he and McPhee will cover songs he wrote for Whitney Houston and the band Chicago and he will preview songs he has written for the Broadway-bound musical Betty Boop.

“I couldn’t be happier than doing these tours. I spent more than 40 years in dark studios working with some of the greatest artists of their times but when we were finished, they would go into the light and sing those songs while I waited for the next artists to join me in the dark.

“I haven’t been in a studio for six years and will only go back for special reasons. Kat and I will go into the studio to record six Christmas songs. We want to do a holiday tour and we need to have material to promote it but that is an exception. David Foster prefers the light.”