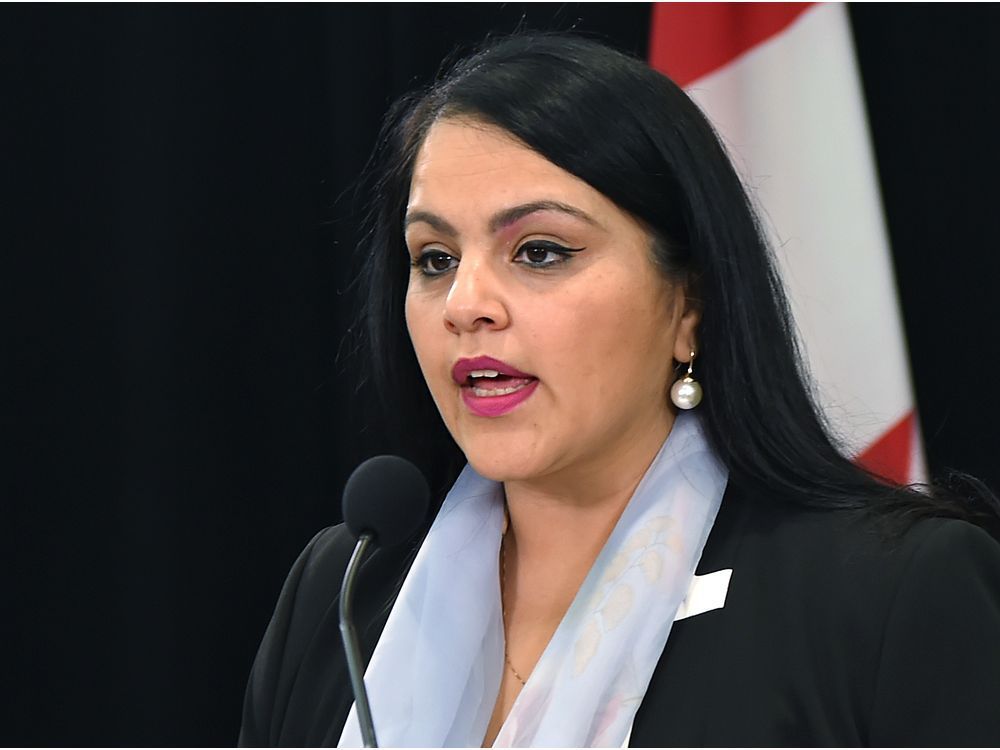 Rajan Sawhney is stepping away from her role as Alberta’s transportation minister to join the race for leadership of the United Conservative Party.

The MLA for Calgary-North East will announce her campaign outside the Alberta Legislature on Monday morning, Sawhney told Postmedia.

“I feel a moral and ethical imperative to do so,” Sawhney said Sunday. “As we move into the coming years, in a post-pandemic environment, there is a lot of work to be done on mental health, on the health-care system and, of course, making sure we’re doing things in a fiscally responsible way.”

Sawhney’s campaign comes after Premier Jason Kenney received just 51.4 per cent of the vote in a leadership review and announced his intention to resign as soon as the party names his successor.

Albertans are looking for a trusted, competent and responsible leader with practical experience, said Sawhney.

“I bring those qualities to the table,” she said. “I’m a born and raised native Calgarian. I’ve always lived in Alberta. I have over 20 years in the oil and gas sector, in energy, and I’m a business development economist.”

Sawhney was elected in 2019 and has held two high-profile portfolios — starting her term as the minister of community and social services and taking over the role of transportation minister following a cabinet shuffle in 2021.

“I have practical experience and knowledge that I would bring to this role that may distinguish me from some of the other candidates that are running. But, ultimately, I believe in moving forward,” she said.

Sawhney said she’s done it all, with her experience in the private sector, politics and as a mother of four.

“I’ve juggled my career and motherhood and the working responsibilities that most women see,” she said.

Her family received some unexpected attention last summer after her daughter — who was 25 years old at the time — was the victim of a racist attack in downtown Calgary.

Sawhney spoke out against her daughter’s attack but also against the series of attacks on racialized Albertans and Canadians that were occurring at the time.

“These women are newcomers or children of newcomers. They came to this country to pursue the Canadian dream of a new life, new beginnings and to realize their potential . . . The time for reacting to situations is over, it’s time to proactively and consistently reject hate and bigotry,” Sawhney wrote in a column for the Calgary Herald in July 2021.

Sawhney isn’t the first member of cabinet to throw their hat in the ring, with Travis Toews having already resigned his role as finance minister to run for the UCP leadership.

When launching her campaign last week, Aheer said it was a mistake for the government to de-index AISH supports for Albertans with disabilities and “pull the rug out from under the most vulnerable.”

“We will listen and we will collaborate. We will lead with humanity and we will look to shift the culture, to earn Albertans’ trust,” Aheer said.

Though Sawhney defended the move to de-index AISH supports in 2019 while minister of community and social services, she backtracked on further cuts to the program.

As of Sunday evening, the UCP had yet to release details on how the leadership race will be run, including specifics such as the entrance fee and when the next leader will be elected.

— With files from Ashley Joannou