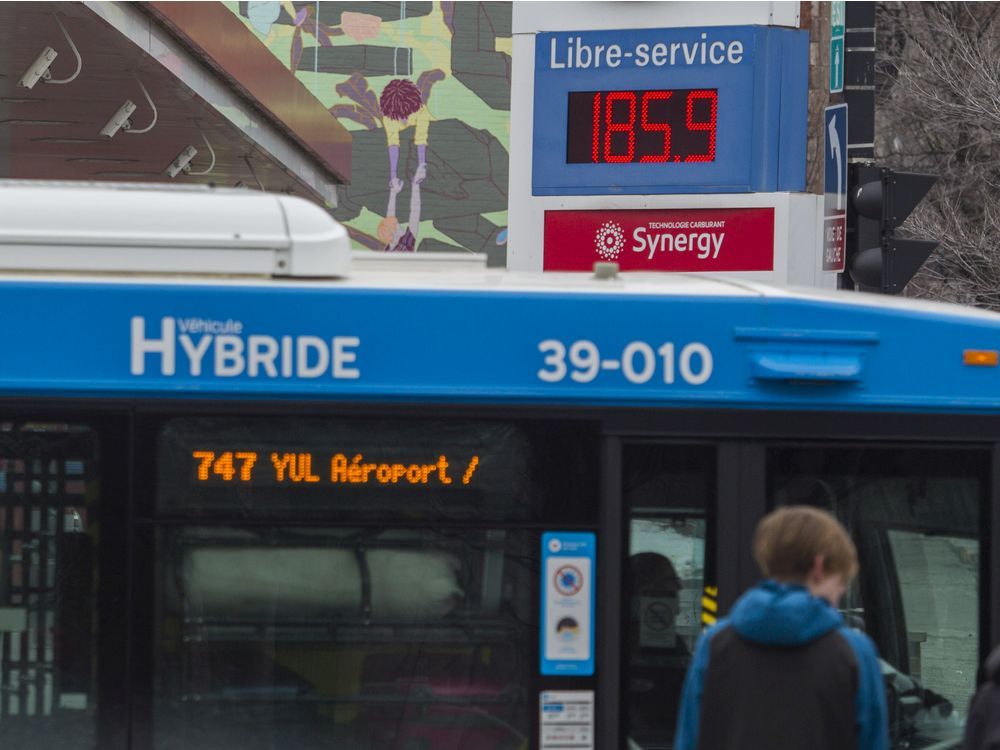 Duhaime has called upon the government to give motorists a break as they deal with skyrocketing prices at the pump.

During Question Period in the National Assembly on Friday Girard made it clear that such a move is not contained in the budget he will table next Tuesday.

Girard suggested high gas prices could help the province to reduce its dependence on fossil fuels and reduce its greenhouse gas emissions in accordance with international commitments.

He said that even if Quebec did reduce the tax on gasoline sales, it would not necessarily translate into a drop in the pump price.

“The (profit) margins of the oil companies could increase,” he said.

QS MNA Ruba Ghazal acknowledged “it’s costing people a fortune to put gas in their cars,” but urged Quebec to “stop consuming” and proceed with the electrification of transportation.

The provincial government is enjoying extra revenue because of the hike in the price of gasoline. Every price increase represents a commensurate increase in tax revenue, the sales tax being fixed at 9.975 per cent a litre.

Last week, Duhaime said it was “a bit indecent” that the government was increasing its revenues because of the increase in gasoline prices.

The Quebec Conservative Party estimates the pump price for gasoline in Quebec would drop by about 20 cents a litre if provincial sales tax was not charged.

Quebec also charges a tax on fuel that varies depending on the product. The tax on gasoline is 19.3 cents a litre. The province also levies a 3-cent-a-litre tax to finance public transit.

The government is earning more than it expected on gas taxes. Liberal MNA Carlos Leitão estimates it’s likely between $8 billion and $10 billion.

“We will see it all on Tuesday (when the provincial budget is tabled),” he said.