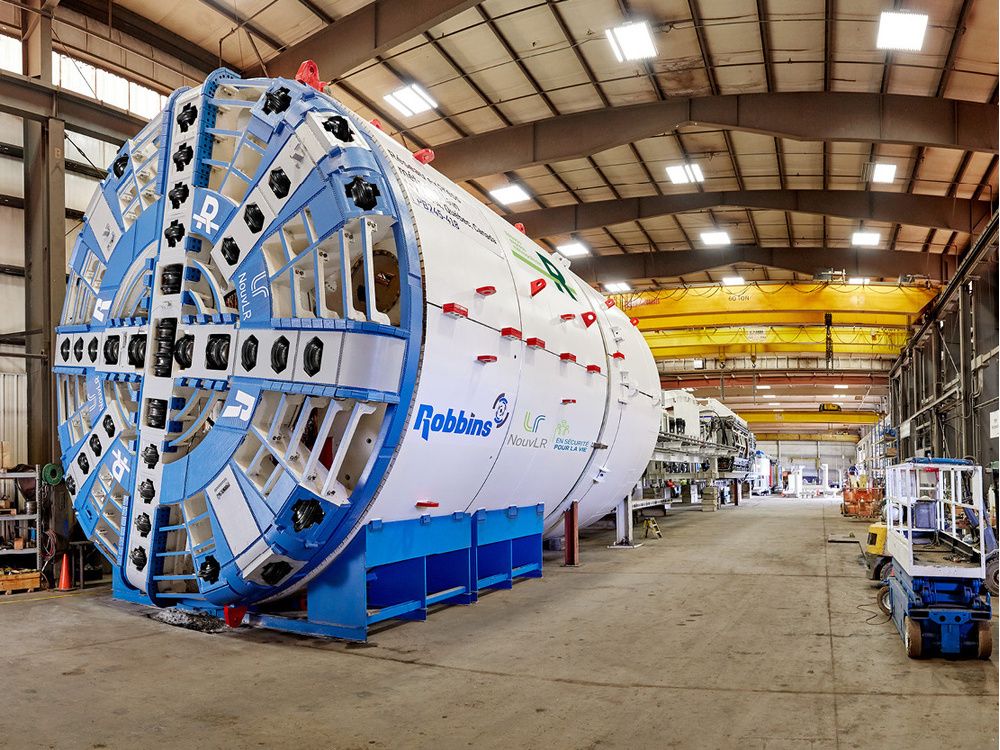 With the tunnel completed, tracks have to be laid and the station has to be built before service to Montreal’s airport can begin in 2025.

The builders of the Réseau express métropolitain announced Thursday that its tunnel boring machine has completed its route toward the Trudeau airport.

CDPQ Infra, the unit of the Caisse de dépôt et placement du Québec that’s building the 67-kilometre, 26-station light-rail line, said the machine — which was given the name Alice by the public — dug a 2.5-kilometre tunnel linking the Technoparc in St-Laurent to the underground area where the REM station will be built in the airport’s basement level.

The last few metres presented a particular challenge, as the machine had to be monitored from above ground to avoid any movement of the soil where the airport’s runways are located. The tunnel was dug directly underneath them, explained CDPQ Infra spokesperson Emmanuelle Rouillard-Moreau.

The machine was used to both excavate the rock and assemble the tunnel’s prefabricated segments, which means that as the machine created the tunnel, it also assembled the segments of the tunnel’s concrete walls.

Over the next few months, teams will be dismantling the machine. After that, the rails have to be placed, then the installation of the electromechanical equipment, and then the testing of the trains on the tracks.

The station underneath the airport still has to be built, and won’t be completed until the end of 2024. The train connecting to the airport won’t run until 2025, CDPQ Infra announced in May; it expects to announce a date for the opening of the station this fall.

It has yet to be determined if the federal government will pay for an extension to the REM that would link the airport station to the Dorval train station on the Vaudreuil-Hudson line.

The REM is expected to begin operations later this year, linking Brossard with downtown Montreal’s Central Station over the Champlain Bridge. It will be extended to Deux-Montagnes, the West Island and the airport, running through the Mount Royal tunnel.