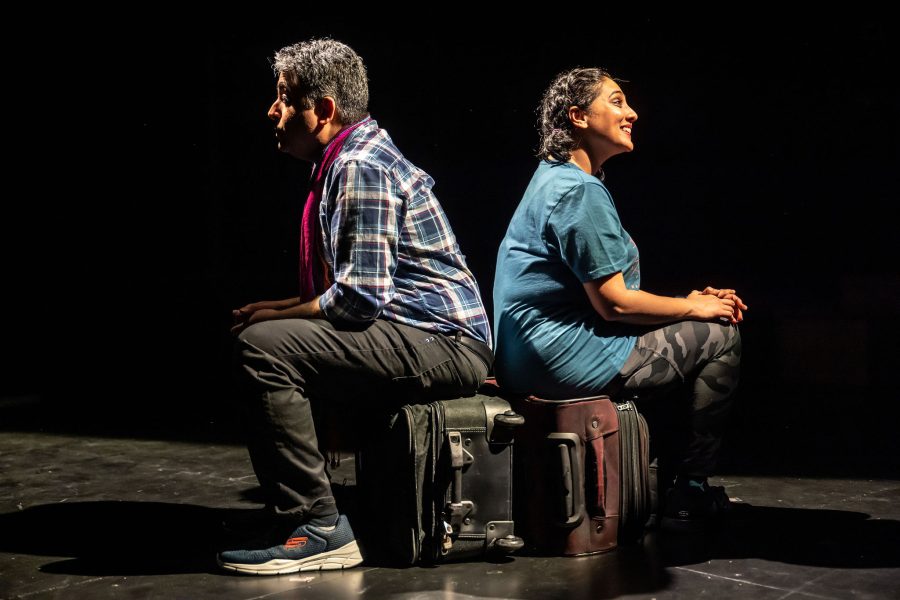 If you’ve ever wondered how difficult it is to cut through the confusing red tape of the Canadian immigration process, An IMM-Permanent Resident will show you – and make you laugh a lot.

Real-life couple Neha Poduval and Himanshu Sitlani’s show chronicles their attempts to bring the Mumbai-based Poduval to Toronto (okay, Etobicoke), where Sitlani currently lives. They quiz each other on filling out forms properly and successfully submitting to interviews, with lots of funny sidebars on the popularity of the name Neha in India (it’s as common as the name John is in North America, Sitlani tells us) and the possibility of meeting Drake in Toronto.

Poduval has a vivid monologue about the excitement of living in Mumbai. And the two don’t hold back about how difficult it is to try to be working artists in this country.

It’s too bad the play lacks a firm structure. The narrative flashes backwards and forwards, and from Toronto to Mumbai, often creating some confusion. There’s also a lack of momentum that director Miquelon Rodriguez could have helped.

The show is also missing a scene that convinces us of the couple’s love – to demonstrate what they’re fighting for. The two onstage characters say that they love each other, but we don’t quite feel it. A flashback to a key scene would have given the play more heart.

But whether bickering, joking around or dancing in Bollywood-style numbers, Poduval and Sitlani are fun to watch as they play out their journey on Jung-Hye Kim’s suggestive set of boxes, suitcases and scattered paperwork. I hope the two develop the piece further; there’s lots of dramatic potential in this relatable story.