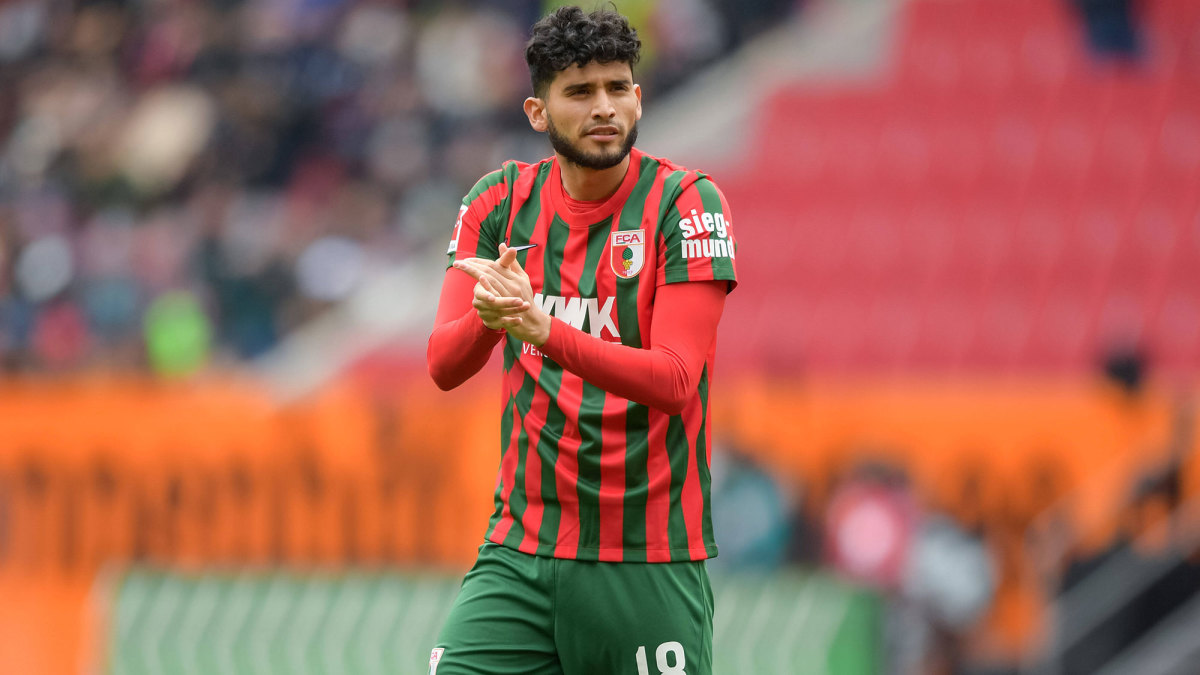 It was Oct. 7, 2021, when Ricardo Pepi’s place in the U.S. men’s national team’s starting lineup looked to be fortified for the foreseeable future. Two goals against Jamaica in Austin had cemented three more World Cup qualifying points, and the teenage sensation was on his way to joining the likes of Christian Pulisic, Tyler Adams, Gio Reyna, Weston McKennie and the rest of the young, entrenched members of the squad. A $20 million January transfer to Augsburg did little to dispute that notion.

It has now been exactly six months since those goals vs. the Reggae Boyz, and the second of them was the most recent one he has scored for club or country over a span of 21 appearances and 1,113 minutes. Suffice it to say, his place in the U.S. XI—let alone a spot on the U.S. roster—for the Nov. 21 World Cup group opener against either Wales, Scotland or Ukraine is now looking tenuous at best.

Pepi was dropped back to the bench Wednesday for Augsburg vs. Mainz before coming on for the final 19 minutes to see out three more important points for the club in its fight for Bundesliga survival. With six games to play, Augsburg is six points clear of the drop zone. It still has matches vs. Bayern Munich (this Saturday) and RB Leipzig to go, but it also has games against the two clubs currently occupying the automatic relegation places and at least has a margin for error. From a long-term outlook, securing top-flight fußball for next season matters. But the short-term ramifications are becoming more and more pressing considering the ticking clock, the limited amount of U.S. prep time for Qatar and the ongoing lack of productivity. Strikers can do a lot of things for a team that don’t involve putting the ball in the back of the net, but ultimately that is priority No. 1. And it’s not like the U.S. is flush with options achieving that at the moment.

When it’s going good for Pepi, it’s really good. The service is there, the runs are well-timed, the execution in front of goal is precise and the movement is seemingly effortless and sublime. Last season at FC Dallas (13 goals, including his becoming the youngest player with a hat trick in league history) and his two-game breakout during World Cup qualifying were evidence of that. And it could just be that his struggles are a product of the fact that he’s a 19-year-old caught in a transition to a different country and bigger league playing for a team that struggles to score. After all, only five clubs have scored fewer than Augsburg’s 34 goals in 28 games this season (and according to StatsBomb, only three have a worse expected goals tally this season; Augsburg is actually outperforming its expected goals tally by just over five, while Pepi’s expected goals tally in his eight Bundesliga appearances is just 1.2).

He’s entitled to the rough patch while he gets settled. Any young player on such a rapid ascent should be. It just comes at a disadvantageous time for the U.S. as it relates to its World Cup preparations.

“Am I concerned about Ricardo Pepi? Absolutely, no question about it. We want him scoring goals. We want all our strikers scoring goals,” U.S. coach Gregg Berhalter said prior to the final qualifying window, during which Pepi started twice. “One thing with Ricardo is getting back to the basics with him. He’s a goal-scorer and that comes naturally to him. And that’s something we need him to refocus on, clear his mind, focus on doing the small things, getting in good positions, because if he gets in good positions, we’re comfortable he’s going to score.

“He’s asked to play slightly different for Augsburg,” Berhalter continued. “When he’s on the field, they’re creating chances by him running behind the back line, not so much from service. And we hopefully will get some more service in the penalty box and that will help them out a little bit when he plays. So it is a concern of mine, but I’ve spoken to him at length.”

A good chunk of the U.S.’s preferred XI for the World Cup is likely set, should Berhalter go with what has become a more customary 4-3-3 and presuming a clean bill of health across the board. Some combination of Pulisic, Reyna, Tim Weah and Brenden Aaronson will man the wide forward places. Adams, Yunus Musah and McKennie appear to be the best bets to roam the midfield (although the way Luca de la Torre has performed in his limited time with the U.S. should give Berhalter food for thought). Sergiño Dest and Antonee Robinson are favorites to start at fullback, while Walker Zimmerman and Miles Robinson currently top a center back depth chart that could have some jockeying for positioning but is largely set. Zack Steffen or Matt Turner are the odds-on favorites to start in goal.

But that gaping spot in the lineup that is there for the taking is the one up top that is supposed to tie it all together and make the U.S. more prolific in the final third. Before Jesús Ferreira’s goal against Panama in the penultimate qualifier, the U.S. had extracted just three goals out of its center forward position during qualifying, all from Pepi, across two games. Put differently, the U.S. went eight straight matches (and 11 out of 14 total) without a goal from a striker. That was enough to get to the World Cup and enough for the U.S. to be second in Concacaf with 21 goals in the Octagonal. But will good link-up play and an admirable work rate at the position while the goals come from elsewhere be enough to supply a winning formula in Qatar? Whether it’s Pepi or someone else, there’s a clear need for more productivity no matter who is leading the line. It’s been six months since Pepi has scored a goal. Over the course of the next seven, his own productivity needs to improve significantly—or the train that got the U.S. back on track last fall could wind up being left at the station a year later.