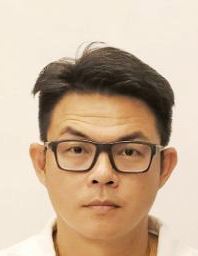 KOTA KINABALU (Mar 30): The Sabah Scrap Metal Recycling Association (SSMRA) has called on the state government to postpone the implementation of the scrap iron export tax until June.

This is to give scrap iron dealers more time to recover their cash and capital from the loss of income caused by the export ban, said SSMRA president Edwin Chen.

Chen in a statement on Wednesday said that the state government banned the export of scrap iron from June 2021 to February this year.

“It has been eight months and scrap iron dealers have since accumulated more than 40,000 tons of scrap iron in Sabah waiting to be sold. This has caused huge strain on the cash flow of many scrap dealers and some merchants have to stop collecting and ‘closed’ because they have no funds to purchase scrap iron,” he said.

Chen opined that after these eight months the Sabah Industrial Development Ministry should listen and discuss with the industry players in order to understand the situation and find a solution to the problem.

He pointed out that scrap iron is a recycling industry and is also a very important upstream industry in the steel industry.

“In Sabah, scrap iron dealers have for decades quietly developed the scrap metal recycling industry into what it is today and we will always be an important component in the future development of our state’s steel industry,” he said.

He pointed out that the State Government imposed a temporary export ban on scrap Iron in June 2021 following a complaint by Sabah’s only steel mill, Unimekar, that it cannot secure enough scrap iron for its production of steel billets.

After the implementation of the export ban, the steel mill lowered its purchase price for scrap iron and was later unable to absorb the overwhelming supply of scrap iron collected.

Many scrap dealers were tied down with thousands of tons of scrap iron which they were unable to sell, Chen lamented.

Chen meanwhile thanked the state cabinet for directing the Ministry of Industrial Development to review the state’s scrap export sales tax, which is now RM200 per metric ton.

“We welcome and thank Sabah Chief Minister Datuk Seri Panglima Hajiji Noor and the State Government for their willingness to listen to our voices and review the export sales tax of scrap iron,” he said.

However, he pointed out that the export tax of RM200 per metric ton which is equivalent to a 15 per cent sales tax on scrap iron is really high.

“We hope that the State Government can understand our plight and reduce the export sales tax from RM200 per metric ton to RM50. We hope that Sabah’s Minister of Industrial Development, Datuk Dr Joachim Gunsalam will make a win-win decision with sincerity as soon as possible, so that all people in Sabah can enjoy the fruits of industrial development,” said Chen.