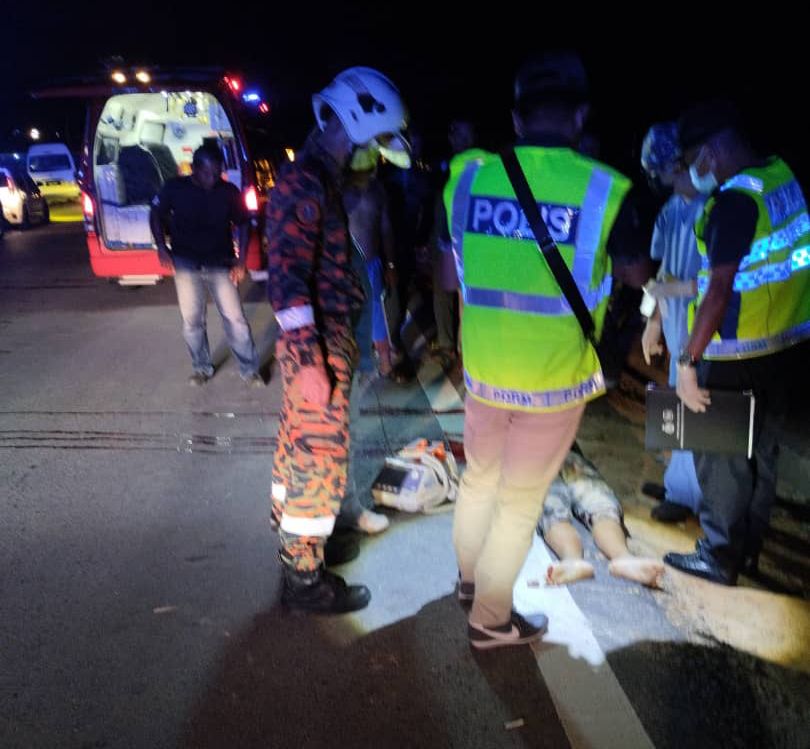 Medical personnel assess the victim at the scene.

KUCHING (April 29): A pedestrian died after she was hit by a multipurpose vehicle (MPV) and then dragged several metres at KM96, Jalan Kuching-Sri Aman last night.

He said the accident occurred when Lian was attempting to cross the road around 7.40pm.

“The accident happened when the MPV from Serian heading to Sri Aman hit the victim, who was crossing the road from the left. Due to the accident, the victim was dragged and thrown to the right side of the road, and was declared dead on the spot,” Bingkok said in a statement today.

“The MPV driver and three passengers were not injured.”

Following a check by medical personnel, the body was sent to the Serian Hospital Forensics Department for further action.

The case is being investigated under Section 41 of the Road Transport Act 1987.

“The MPV involved was brought back to the Serian District police headquarters for further investigation,” he said.

Bingkok added the investigation at the site showed there was no street lighting.