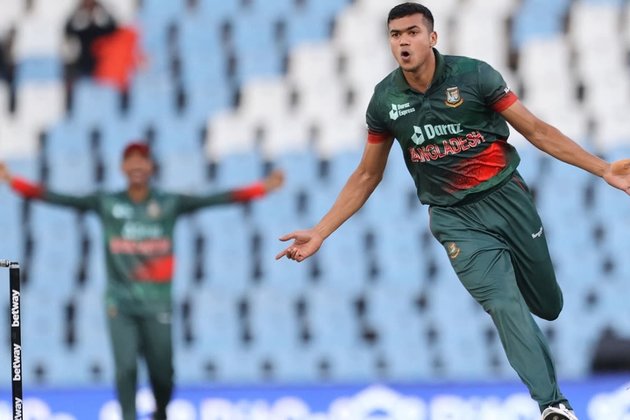 Bangladesh have now won ODIs in every country they have played in. They ticked South Africa off the list on Friday, registering their first win in 20 years of touring here. They beat the home side by 38 runs, following a team effort that included three fifties that set up a total of 314 for 7, and two bowlers taking three wickets or more.

David Miller was Bangladesh’s last stumbling block but when the left-hander fell in the 46th over, it was all but over for the home side. Miller was stopped at 79 off 57 balls, at a time when he was striking a boundary almost every over. Rassie van der Dussen top-scored with 86, which helped South Africa get out of an early jam, but it wasn’t enough in a big chase.

Shakib Al Hasan’s rapid 77 was the centerpiece of Bangladesh total, their highest in South Africa. He added 115 for the fourth wicket with Yasir Ali, who made his maiden ODI fifty. Bangladesh hit 11 sixes in their innings, equaling their record for an overseas ODI.

Mehidy Hasan Miraz, who gave Tamim Iqbal a bit of a headache after an expensive first spell, ended up taking four wickets including the one of Miller. But Taskin Ahmed was Bangladesh’s best bowler, with figures of 3 for 36.

He struck twice in the first nine overs as Bangladesh struck three early blows. Shoriful Islam had Janneman Malan caught behind, before Taskin jammed one into Kyle Verreynne’s pads, plumb in front, and then had Aiden Markram caught at point for a three-ball duck.

Shoriful removed Bavuma in the 27th over but it brought more trouble to the crease for Bangladesh: Miller.

He provided the thrust in a 70-run fifth wicket stand with van der Dussen, giving South Africa a sniff despite the steep required rate. Bangladesh could have broken the partnership in the 35th over when substitute Najmul Hossain Shanto scored a direct hit from mid-off. But third umpire Adrian Holdstock viewed just one replay even though TV commentator Pommie Mbagwa kept making the point that van der Dussen’s bat was in the air. It was, as replays showed a few balls later.

Miller struck a few more blows but Bangladesh were well on top now. Mehidy had Marco Jansen caught brilliantly by Tamim at deep midwicket, had Rabada caught and bowled, and then Miller stumped. This left South Africa 242 for 9 and well and truly beaten.

When Bangladesh were sent in, Tamim and Litton played out the toughest period, with the SuperSport Park pitch offering uneven pace and bounce at the start.

They added 95 for the first wicket. Litton made his fourth 50-plus score in his last five international innings, striking the ball cleanly against the seamers, and attacking Keshav Maharaj early with three fours and a six over cover. Tamim was circumspect, understandably, having come off a lean ODI series against Afghanistan. But he struck the ball sweetly too, once he was set.

It was not just Bangladesh’s first 50-plus opening stand in any format in South Africa, but the first time a Bangladesh opening pair had lasted for more than 11.1 overs in an ODI here. This was the perfect platform for Shakib and Yasir.

The pair got together in the 29th over, at a time when Bangladesh had briefly lost their way. But Shakib counter-attacked, hitting Maharaj down the ground as soon as he had removed removed Mushfiqur Rahim. Yasir was getting set at the other end. By the time Shakib struck Andile Phehlukwayo and Marco Jansen for three sixes in a short span, Yasir too got into his groove, striking Ngidi over square leg and flicking Rabada beautifully over midwicket.

Bangladesh didn’t lose their shape even though Shakib and Yasir got out in the space of three balls. Mahmudullah and Afif Hossain struck a six each, while Mehidy hit two sixes as the visitors added 91 runs in the last 10 overs.

South Africa’s bowlers let themselves down on a wicket that had variable pace and bounce. Ngidi went for 75 in his ten overs, the most by a South Africa bowler at home against Bangladesh. Maharaj and Jansen took two wickets each while Ngidi, Rabada and Phehlukwayo took one each.