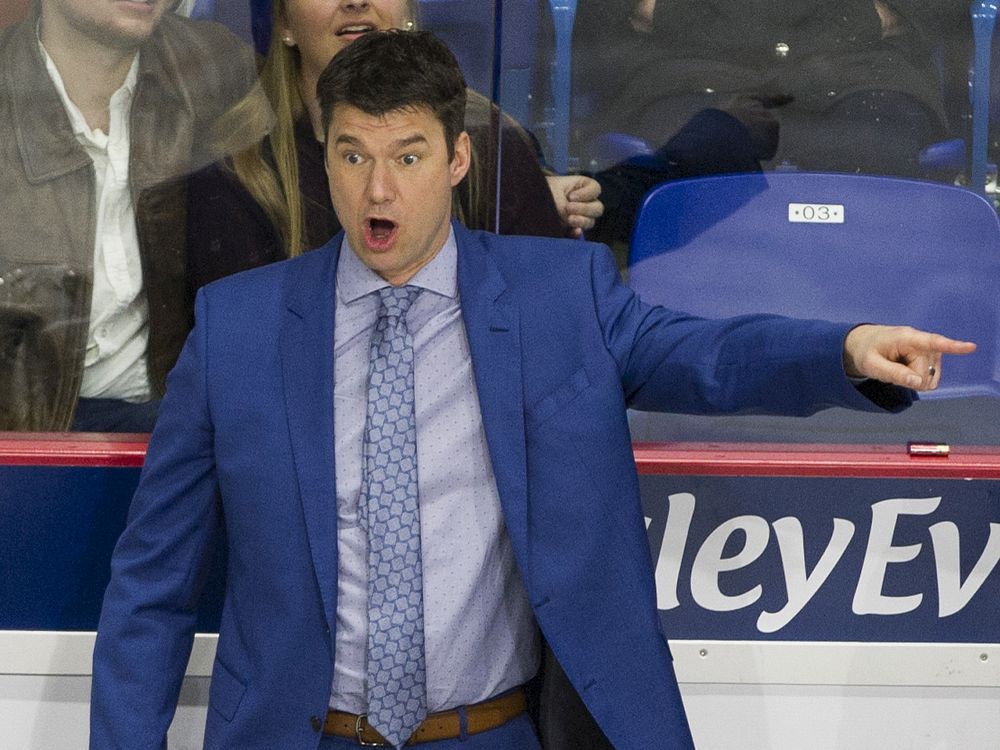 The Vancouver Giants had been outscored 6-0 by the Everett Silvertips in the first period of their first two games of their best-of-seven Western Conference playoff series.

For Game 3 on Wednesday, Everett was playing for the first time all year without team leading scorer Alex Swetlikoff, who had received a two-game suspension from the league office for his hit from behind on Vancouver forward Payton Mount in the first period of Game 2 on Saturday in Everett. Swetlikoff, whose 84 points placed him 10th overall in the league, was one of just two Silvertips who played all 68 regular season games.

A strong start by the Giants Wednesday could have boosted their confidence and clawed away at Everett’s.

But that strong start for Vancouver did not materialize. The Silvertips, who were also missing second-leading scorer Jackson Berezowski for a third straight game, outscored Vancouver 3-0 in the opening frame and went on to win 6-2 at the Langley Events Centre to take a 2-1 lead in the series. Game 4 is Friday at the LEC. Game 5 goes Saturday in Everett.

Matthew Ng had two goals and one assist for Everett before an announced crowd of just 2,211. Ryan Hofer and Niko Huuhtanen had two goals for the Silvertips. The Silvertips (45-13-5-5) are the series favourites. They finished atop the Western Conference in the regular season, 47 points ahead of the eighth-placed Giants (24-39-5-0).

The Giants got goals from Adam Hall and Fabian Lysell. Lysell set up Hall’s goal and the 2021 Boston Bruins first rounder now has one goal and eight points in the series.

Jesper Vikman made 18 saves for Vancouver. Vikman, who was Vancouver’s starter all season, backstopped the 5-4 overtime win on Friday — his first game action since suffering a lower body injury in a March 4 game. He didn’t dress for Saturday’s 7-3 loss, but the Giants had said they didn’t want him playing on back-to-back nights right away. He was a full participant at practice on Monday and Tuesday.

That’s one a part to of the story. Here’s what else we learned:

Vancouver defenceman Tom Cadieux received a five-minute interference major and a game misconduct for a hit on Everett forward Austin Roestath 7:10 of the third period. He could be looking at supplementary discipline from the league. All non-fighting majors and double minors are reviewed the league. Swetlikoff got a double minor on the Mount hit.

The Giants announced Tuesday that 16-year-old forward Matthew Edwards had signed with the team on Tuesday and on Wednesday they had him in the lineup against Everett. The 6-foot-2, 195-pound Edwards, who was a fourth-round selection in the 2020 WHL Draft, spent this season with the BCHL’s Cowichan Valley Capitals, where he totalled three goals, six points and 42 penalty minutes in 43 regular season games.

Vancouver needed Edwards to jump in right away because of injuries to various forwards. Among the scratches Wednesday was Mount. Giants coach Michael Dyck spoke about concussion concerns after the hit. Mount, who turned 20 in January, didn’t practise Monday or Tuesday. He was sixth in team scoring with 32 points, including 12 goals, in 59 regular season games.

Winger Colton Langkow (undisclosed), who was hurt in Game 1, returned to the lineup Wednesday after missing Game 2.

Vancouver had 11 players scratched for Wednesday.

There’s been no word from the Silvertips when Berezowski, who had 46 goals and 79 points, might be back in this series.

The Silvertips went back-to-back with Holt in goal after giving the net in Game 1 to Koen MacInnes. Their numbers were absurdly similar in the regular season.

The pair are both eligible to return next season for Everett. MacInnes, who’s from Burnaby, turned 20 in January. Holt, who’s from Bozman, Mont., is 18.

A voice from the past

The late Pat Quinn was close with Giants owner Ron Toigo. He was a Giants minority owner for a time and was regularly around the team.

Giants vice-president of operations/assistant general manager Peter Toigo had taped a speech Quinn had given to Giants players years ago, and they replayed it for the current team earlier this week and on the video board for fans before Wednesday’s game.

“The one thing that I can guarantee you is that unless you’re all together you don’t have a chance, because it is the strength of one,” Quinn explained in the talk about winning in the playoffs. “We don’t have 22 ideas of how to play here. We’re going to have one. You’re coach will give you a plan to go forward and you have to buy it, you have to accept it and you have to support each other through it.

“Every one of you has different skills that you bring to this team Bring what you got. Make that your base every night. Make that your strength, because that’s what is going to carry you through.”

Another voice from the past

Dave Sheldon is team operations manager for the Vancouver Warriors, the National Lacrosse League team that plays out of Rogers Arena. His previous gigs included being a radio analyst for the Silvertips (2003-06), so when Everett play-by-play man Casey Bryant wasn’t available to call the game Wednesday they had Sheldon fill in.

Sheldon said that he was pinch hitting because of COVID-19 concerns. Bryant reported on his Twitter feed that “I feel totally fine which is fortunate, and hopefully will be back for Game 5.” The Silvertips’ Twitter stated Bryant was “unable to travel.”

Sheldon was the Giants play-by-play voice in 2008-09, taking over from Joey Kenward. Sheldon also called games for the Chilliwack Bruins.