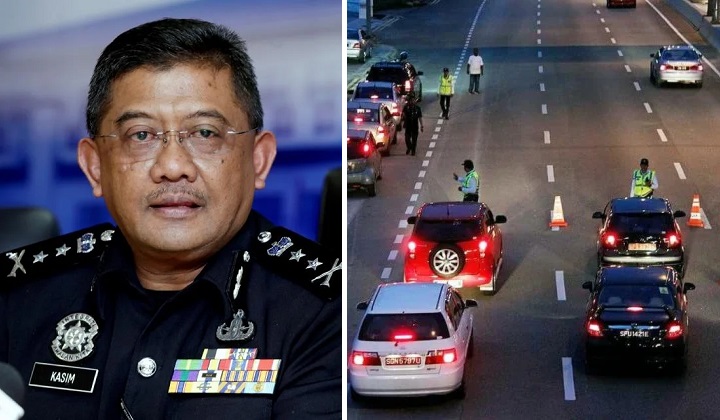 Singaporeans with outstanding traffic summons and arrest warrants issued against them will be barred from leaving the country.

According to Bukit Aman Traffic Investigation and Enforcement Department (JSPT) director Datuk Mat Kasim Karim, there are 108,757 summonses issued between 2016 and 2021 that have yet to be paid by Singaporeans.

“JSPT reminds Singaporean traffic offenders with outstanding Pol 170A or Pol 257 summons can be prevented from leaving Malaysia under Section 66J of the Road Transport Act 1987 and Section 24(4) of the Police Act 1967.

He also added that his department is continuously holding the Op Saman Tertunggak Warganegara Asing (OSTWA) to track down Singaporean motorists who break the law in Malaysia.

He denied that the issue of outstanding summonses is due to the department’s fault, saying that the police didn’t have the address of the offenders to post the summons to them as among the issue that the cops are facing.

He also did not rule out that some of the vehicles involved in the summon cases had been disposed of as per Singapore’s law.

Meanwhile, Mat Kasim welcomed the move to implement the Road Charge and Vehicle Entry Permit by the Road by the Road Transport Department (RTD) as it will help the traffic department to identify offenders.

“The system will record entry and details of Singapore vehicles to Malaysia as well as any outstanding summons, reducing the issue of unpaid traffic summons,’ Mat Kasim said.

He also added that the JSPT has been equipped with 40 Vehicle Registration Number Scanners (iCOPS) to help detect traffic offenders who have outstanding summonses and arrest warrants.

“These scanners are connected directly to the database and trace traffic offenders as well as tracing vehicles which are reported as missing or stolen, including cloned vehicles,” he said, adding that the JSPT patrol cars are also equipped with the In-Car Radar system to detect drivers violating the speed limit and allow for summonses to be issued on the spot.