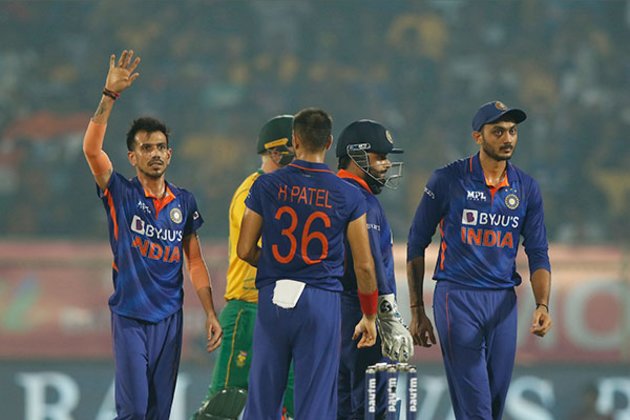 India came up firing in a do-or-die encounter as the hosts defeated South Africa by 48 runs to win the third T20I on Tuesday.

While Ruturaj Gaikwad shone with the bat scoring 57 off 35 balls Yuzvendra Chahal bounced back with a stellar spell picking three wickets for 20 runs. Raina hailed Ruturaj, Chahal and Harshal Patel for sensational performance.

“Many congratulations to the Indian team on their brilliant win What an outstanding display of game by the entire team. A superb knock by @Ruutu1331 and sensational performance by @yuzi_chahal and @HarshalPatel23. Well played boys,” Raina tweeted.

India have opened their account in the five-match T20I series with this win in the do-or-die clash. With the series still 2-1 in favour of the visitors, the fourth T20I will be played on Friday at Saurashtra Cricket Association Stadium, Gujarat.

Batting first, a 97-run stand between Gaikwad (57) and Ishan Kishan (54) powered India to 179/5 in their allotted 20 overs. The first innings was a see-saw one as India dominated the first half of the innings, but South Africa pulled back momentum to their side in the other half.

In reply, the Proteas never looked like going as they kept losing wickets at regular intervals and in the end were bundled out for 131 with five balls still to play. For Men in Blue, Chahal and Harshal Patel starred with the ball as they bagged three and four wickets respectively to derail the visitors’ chase. Bhuvneshwar Kumar and Axar Patel scalped one wicket apiece. (ANI)