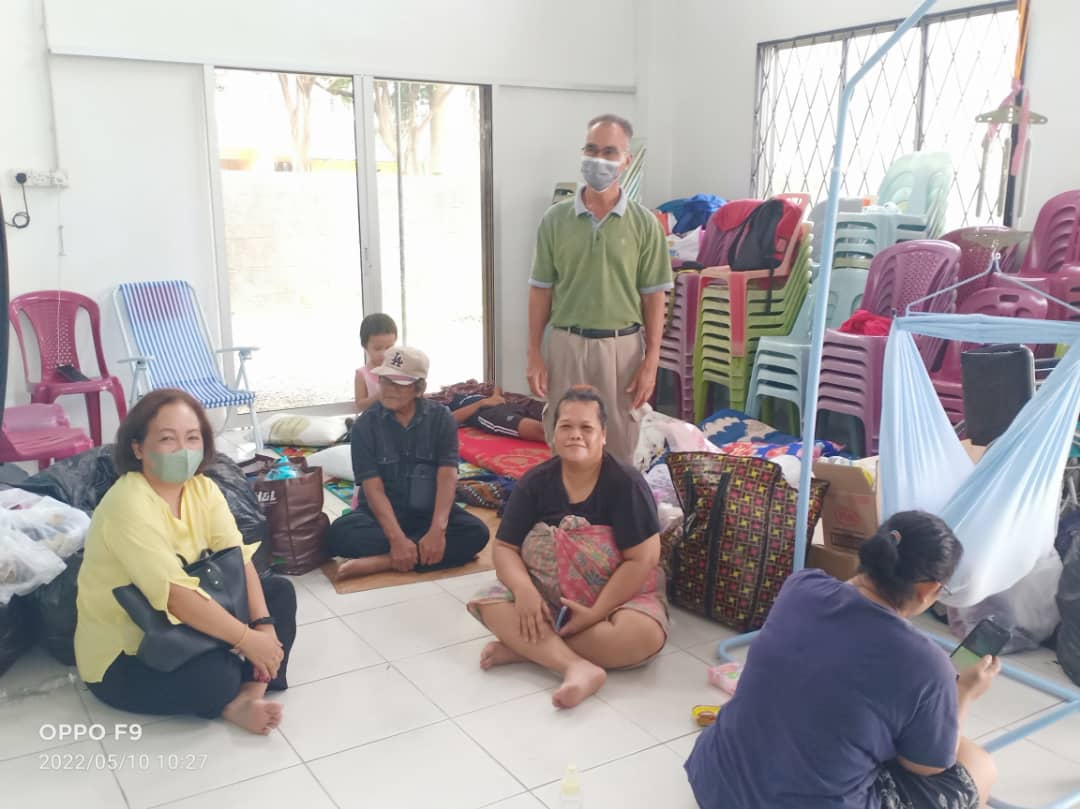 KUCHING (May 10): Kampung Tabuan Dayak residents who lost their homes to a fire on Saturday have appealed to the authorities to find them somewhere to stay.

The 33 victims, including six children aged between six months and 12 years, have been sheltering at All Saints Church’s parish hall in the village since the fire.

Church disaster committee member Rosebell Gemini said the victims were only supposed to stay at the hall until today.

She revealed that they were supposed to discuss their plight with the Kuching District Office on the aid available yesterday, but the appointment was postponed to tomorrow.

“At the moment, the church parish hall has been reserved for the use of this week’s activities,” she told The Borneo Post.

Sidia Keli, whose house was among those razed to the ground, said the fire victims are feeling overwhelmed.

“If we are asked to moved out from this place today, we do not know where else to go as this is short notice for us to look for rented houses or temporary shelter. We do not have relatives or family members nearby, furthermore, our family is too big to be accommodated by relatives.

“I plead to the authorities to help us to look for an empty plot of land or buy us some wooden materials for us to build our homes at the empty plot, or maybe the Housing Commission office could help us to get slots for low-cost housing,” she said.

On the night of the incident, the fire victims were immediately moved to the parish hall with the help of villagers led by Tuai Kampung Tabuan Dayak Paya Ongom Gudi and the Malaysian Red Crescent (MRC).

They have since received aid from Sarawak United People’s Party (SUPP) Youth led by Sih Hua Tong, MRC, and villagers.

Ongom also appealed to the government to construct a community hall for Kampung Tabuan Dayak.

“We used to have a community hall way back in the 1960s but however it was torn down in the 1980s. Since the land where the old community hall was is owned by the Sarawak Dayak National Union (SDNU), we ask that the authorities could allocate some funds for us to reconstruct the community hall in the same place.

“As far as I could remember, SDNU president Tan Sri William Mawan Ikom did write a letter to allow us to construct the community hall again but we do not have funds to construct it. We only managed to purchase gravel to level the land using the funds from the JKKK,” he said.

He said the community hall could also serve as shelter for villagers should disasters such as fire or floods occur, as well as a venue for Gawai Dayak, weddings, and other events.

As of press time, the 33 fire victims have been transferred to Kampung Stampin Baru’s community hall.