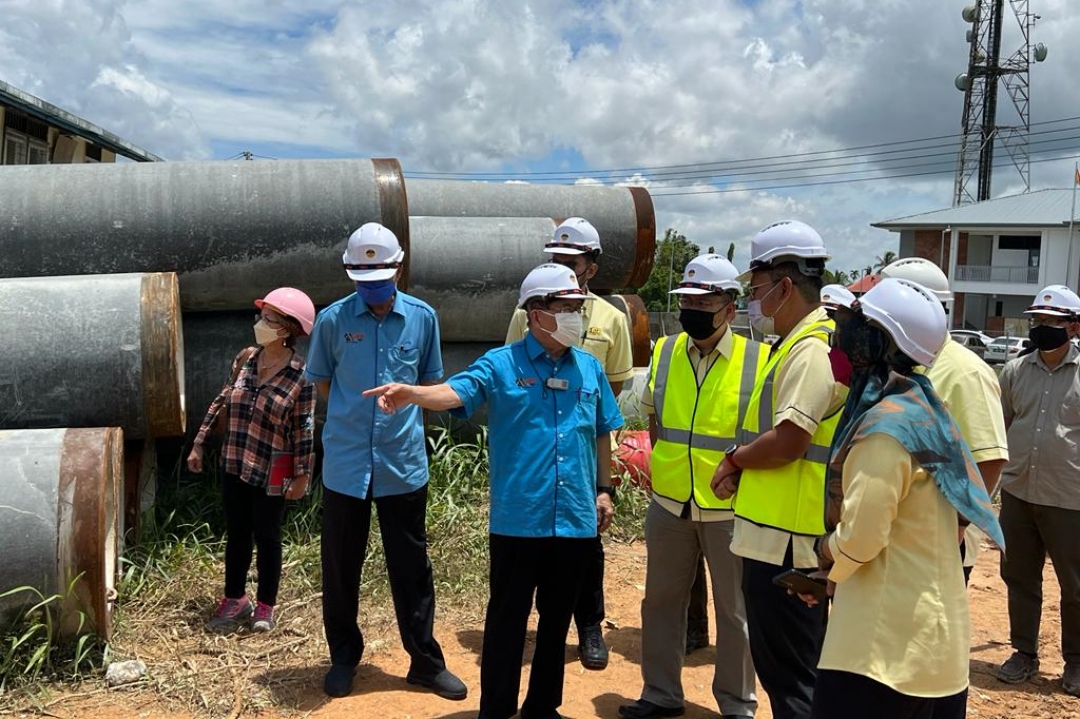 He said this when visiting the construction sites of the Batang Saribas Bridge 2 and Sungai Paku Bridge in Spaoh, where he expressed his dissatisfaction as the projects were falling behind their respective scheduled date of completion.

According to Uggah, the RM385,000,000 Sungai Saribas 2 Bridge project crossing Kuala Saribas between Maludam and Pusa towns, was supposed to be completed on February 4, 2025, but is now revised to March 7, 2025

Both projects have been affected, among others, by the delays in transporting construction materials to the sites from China and elsewhere due to travel restrictions caused by the Covid 19 Movement Control Order (MCO), he said.

He also notes the inclement weather also contributed to the delays.

Regardless, Uggah said he was thankful that JKR has been playing its part actively to sort out and solve those issues.

“During the meeting with the contractors of the projects and JKR, we have come up with solutions to remedy the problems faced. With this, we hope the work plan laid out in the meeting can be implemented as scheduled,” he said

Uggah, who is also the state Minister of Infrastructure and Ports Development, stressed it was very important for all approved infrastructure projects to be implemented and completed as scheduled.

“If they fail to deliver as scheduled, the rakyat would be frustrated over the fact and proceed to say that we as the leaders have lied.

“The department is ready to assist in finding the best solution so that your troubled projects can be completed as scheduled.

“Please continue to talk with JKR to deliberate on any issues faced and at the same time, implement what you have agreed to implement,” said Uggah.

He further advised contractors to develop a close rapport with JKR and deliberate on any issues faced in their project.