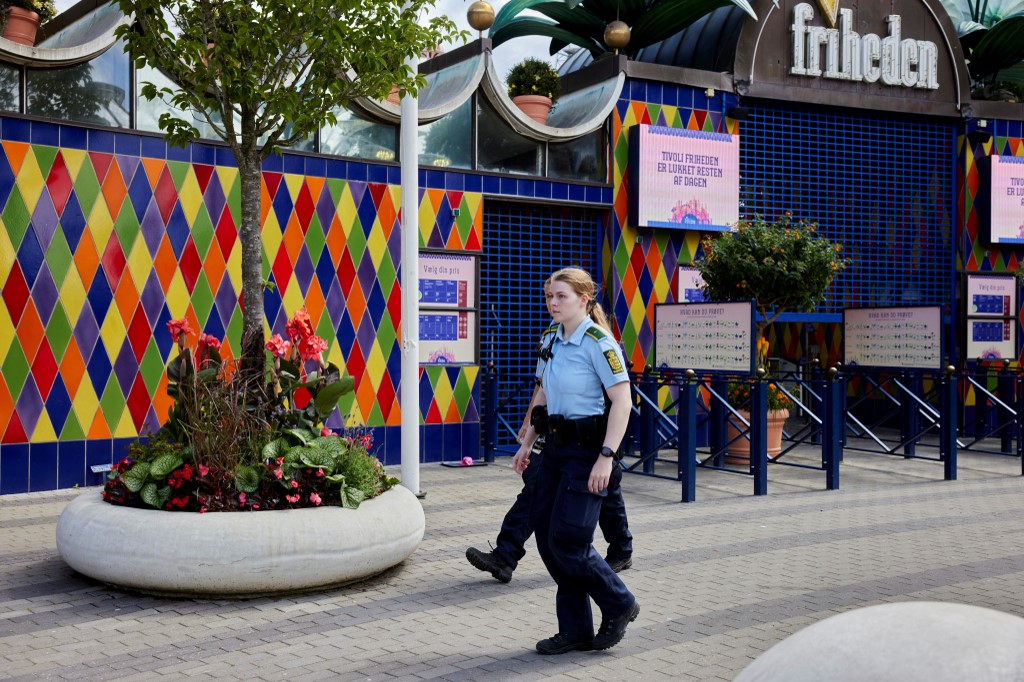 Police walk outside the closed Tivoli Friheden amusement park, in Aarhus, western Denmark, after a 14-year-old girl was killed and a 13-year-old boy injured in a roller coaster accident, on July 14, 2022. – AFP photo

COPENHAGEN (July 14): A teenage girl had been killed after a ride broke down at an amusement park Denmark’s second largest city Aarhus said Danish police today.

“A 14-year-old girl from Copenhagen died on Thursday afternoon after a tragic accident at the Tivoli Friheden in Aarhus,” Danish police said in a statement, adding that a 13-year-old boy had also been injured.

“It was the back part that broke off and was hanging under the rest of the train,” he told Danish broadcaster TV2.

The amusement park was closed and emptied of visitors.

The roller coaster on a 400-metre long, 25-metre high track that can reach speeds of up to 70 km/h was the scene of an accident in 2008, shortly after it opened.

At that time, it was the front part that broke away, leaving four people seriously injured.