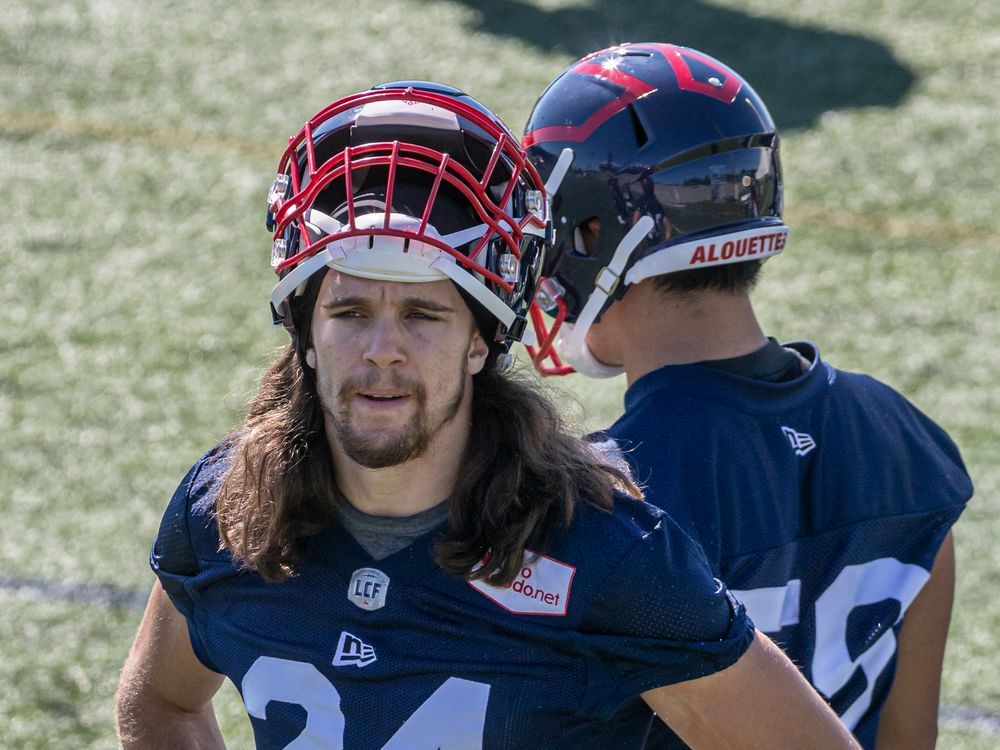 TROIS-RIVIÈRES — It can be difficult to read the tea leaves after a strike that stemmed from acrimonious negotiations, no matter the business involved.

But consider this: Of the Alouettes’ two player representatives, Chris Ackie stated he was disappointed with the tentative deal reached Wednesday night between the CFL and its players’ association on a new collective bargaining agreement. Almondo Sewell, meanwhile, was more emphatic.

“I’m not going to waste your time on any of that CBA s—,” Sewell told the Montreal Gazette following the first official day of training camp Thursday at Stade Diablos. “No comment.”

Ackie was more diplomatic without masking his feelings.

The second work stoppage in CFL history — following the 1974 strike that lasted throughout training camp — lasted four days. And, after the league walked away from negotiations on Saturday, the two sides came together relatively quickly, all things considered, to hammer this deal out, leaving some to wonder whether it all could have been avoided.

While the new contract still must be ratified by the league’s board of governors and the players, camps were allowed to open on Thursday. In Alberta, both Calgary and Edmonton were permitted to practise from Sunday, neither team in a legal strike position because of provincial labour laws.

Numerous reports state the new CBA covers seven years, includes revenue sharing, annual $100,000 increases to the salary cap and the potential to have a portion of contracts guaranteed. But there also will now be one 60-minute weekly padded practice. And, while the agreement calls for teams to start eight non-imports — an increase of one — it would be a naturalized Canadian; in effect, an American with at least five years’ CFL experience or three with the same team.

“There’s some good stuff, but there’s also some stuff that’s not ideal,” Ackie said. “Overall, I think the revenue sharing is a big thing for the players. But going back in the pads when our insurance is still the same? I feel like we’re increasing the risk of injury. Our insurance isn’t matching the risks on the field.

Marc-Antoine Dequoy, expected to be the Als’ starting safety, told reporters he found it surprising the union’s executive committee approved the agreement and decided to end its strike.

“It’s difficult to follow and it’s far from the agreement I’d imagined we’d accept,” he said. “I find it difficult to attack the (number) of Canadian players like that. I can’t wait to see what happens with the vote. Nothing would surprise me.”

The union’s executive, including president Solomon Elimimian and executive director Brian Ramsay, will meet with its membership — perhaps virtually — as quickly as possible to explain the bargaining package and answer questions.

Ackie said he would never attempt to persuade his teammates how to vote, but made it clear he wouldn’t endorse the new deal.

“Once they hear the terms they can make a decision for themselves,” Ackie said, adding the agreement could be rejected. “I can’t speak for every player in the league. If they don’t feel it’s up to par for what they need, I fear it could get rejected.

“Just because I feel my way doesn’t mean other players will have the same sentiment.”

Veteran guard Kristian Matte, the Als’ oldest player at 36, was happy to return to the field, but said he requires more information before tipping his hand.

“I don’t think I have a positive or negative (feeling) because I want to know more of the details of how those things will play out,” he said. “I’m glad they were able to get something done, but I want to see the details.”

Meanwhile, although he lost four potential days of camp workouts, head coach Khari Jones said he was prepared to adjust on the fly and doesn’t believe the delay will affect his team’s preparation. A scrimmage, scheduled for Saturday, has been moved to Monday night.

“It’s just a hurdle you have to overcome and there’s nothing you can do about it,” he said. “You can’t bring back days. Go out and get ready as quickly as possible. That’s just the hand we were dealt. We don’t worry about it.”

The Als are scheduled to hold morning practices on Friday and Saturday.