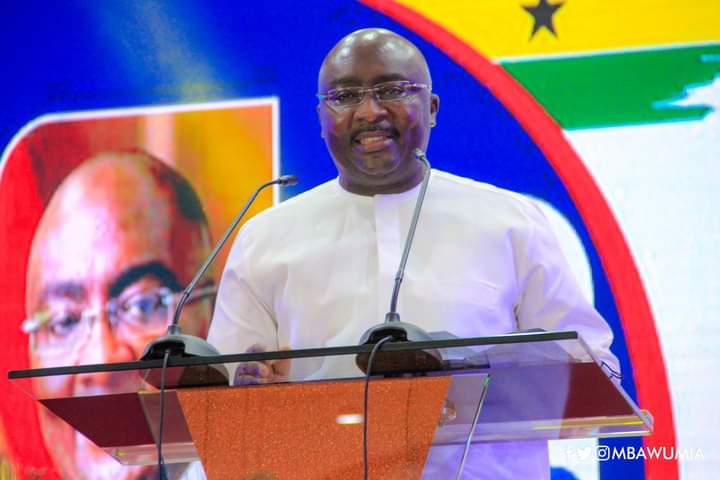 The Vice President of Ghana, Dr Mahamudu Bawumia is scheduled to break silence today on the economic crisis in Ghana.

But African Entertainment envisage that the Vice President’s economic lecture, will not be any different from the previous ones he delivered in the past.

He is likely to tout his ruling New Patriotic Party Administration’s achievements and then go on as usual to denigrate the opposition National Democratic Congress (NDC) which he has always accused of collapsing Ghana’s economy and being incompetent.

Dr. Bawumia will most certainly throw jabs at the NDC, and once again label the former President John Mahama’s Administration as incompetent.

We expect to see Dr. Bawumia repeating the claim that NPP “inherited a broken economy” from the then NDC government and managed to restore Ghana onto the path of prosperity.

It won’t be surprising to hear Dr. Bawumia talking about how the Mills/Mahama government mismanaged the Ghanaian economy, sending the country to the International Monetary Fund (IMF) for a bailout.

“Even though we inherited a dompe economy without the ability to pay for many basic things…We [NPP Government] have been able to put meat on the bone,” Dr. Bawumia said in July 2018.

The Vice President will also not fall shy of reiterating how the NDC Government scrapped Teacher trainees and nursing trainees allowances and how the President Nana Akufo-Addo’s Government has restored same since coming to office.

We also expect the Vice President to once again talk about how his Government has introduced Free Senior High School Programme, created the Nation Builders Corps (NABCO) to create jobs for Ghanaian Youth.

We envisage that the Vice President will not resist repeating the fact that his Government has been embarking on a digitization and digitalization drive aimed at formalizing the Ghanaian economy.

He is also likely to once again talk about the banking sector clean up, and how the savings of several individuals were saved through the exercise.

And again, he is likely to remind Ghanaians how Ghana is not the only country in the world whose economy has been adversely affected by the novel coronavirus (Covid-19) and most recently the Russia-Ukraine war.

The lecture will be held at the Millennium City in Kasoa, Central Region. It is to begin at 3:00pm.

The public lecture is being organised by the National Youth Wing of the ruling New Patriotic Party (NPP) and the Danquah Institute (DI) to address issues on the economy.

It comes in the wake of calls for Dr. Bawumia to speak on the current economic crisis in Ghana.

There are critics who have raised concerns about the Vice President’s silence in recent times as Ghana faces serious economic challenges.

Many are those who feel Dr. Bawumia, an economist, has shifted his focus from the larger economy to technology or digitalization alone.

In his response to his critics last week as he addressed participants at the 2022 agricultural students career guidance and mentorship dialogue bootcamp (AG-STUD Africa Bootcamp 2022) at the Jubilee House in Accra, Dr. Bawumia pointed out that “Sometimes people say ‘well, we thought you were an economist, but you’re doing so much in the IT space. Have you left economics behind?”.

According to him, “No, no, not at all. In fact, it is because of the economy that I am focusing on digitisation because without building those pillars, our economy will just not be able to stand on its own feet.”