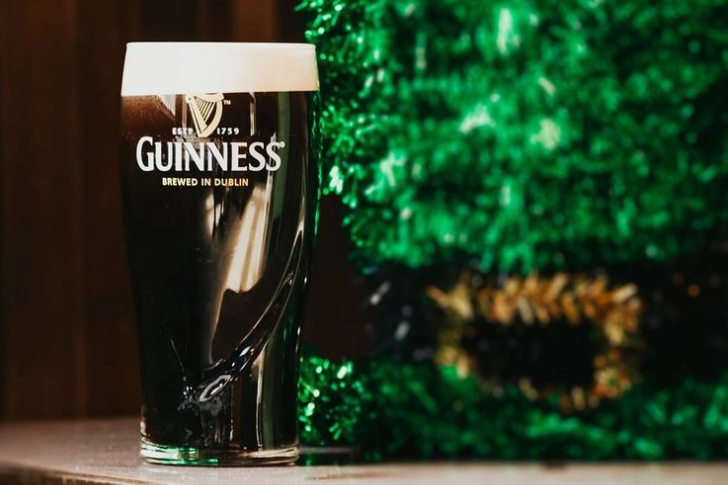 St. Patrick’s Day is fully back at the city’s bars and restaurants. Today or this weekend, go to any place with a vaguely Irish sounding name (or the El Mocambo), and you’re sure to be met with hundreds of green-clad revellers doing three year’s worth of partying. Any place taking reservations is probably full, so we’ll highlight Brazen Head, the Liberty Village pub that’s celebrating with live music, party favours and more. And it’s walk-in only.

One of the buzziest singer/songwriters in indie rock, Mitski’s show at Massey Hall is the hot ticket of the weekend. Expect an even bigger venue next time around.

The moment fans of comics, sci-fi, fantasy, gaming, animation and cosplaying have been practicing for: Comicon is back in its full glory. The three-day event is full of custom art, collectibles, podcasts and more. You can meet Lou Ferrigno, stars of the original Degrassi and the cast of Sailor Moon. This year, there are extended hours on Friday to accommodate more people with more space.

36 Questions That Lead To Loving TO from Myseum

Innovative Toronto cultural museum project Myseum tends to make itself at home in temporary spaces all over the city, but it’s settling into one spot: a new project space within 401 Richmond. Myseum’s first exhibit there is 36 Questions That Lead To Loving TO, which is based on a viral New York Times article. The work presents 36 Toronto-ized questions that get more personal as you move through the space, inviting you to be brutally honest about what you love and hate about the city and build community in the process.

Two years ago, as bars all over the city were dusting off their green food colouring, John Tory begged Torontonians to stay home for St. Patrick’s Day. Soon enough, the whole city was closed. He promised to make it up the following year, and that didn’t quite happen, so he’s doubled this year’s celebration and dubbed the second St. Patrick’s Day 2. The parade, the biggest Irish cultural event in the city, is officially back this Sunday.

Ronley Teper & The Lipliners’ Everyone Loves A Good Story

Canadian music scene fixture Ronley Teper is always pushing at the boundaries of live performance and art, so of course she wasn’t going to do a run-of-the-mill album release show for her Lipliners latest Everyone Loves A Good Story (though she’ll be doing a mini festival at the Tranzac on March 27). Instead, she curated an exhibition with 17 artists each inspired by a song from the album: granite sculpture, collage, animation, puppetry and more. You can experience it in person or via VR and AR.

Until March 20. The Lyceum Gallery (969 Queen West). Book on Saturdays and Sundays from 12-5 pm here. Watch the VR gallery here.

Jorian Charlton: I Am The Woman

Jorian Charlton’s first exhibition at Cooper Cole is also the curatorial debut of Solana Cain. According to the program, the exhibit of portrait photography captures vibrancy and diversity within the Black community in a collaborative style that shares agency between photographer and models.