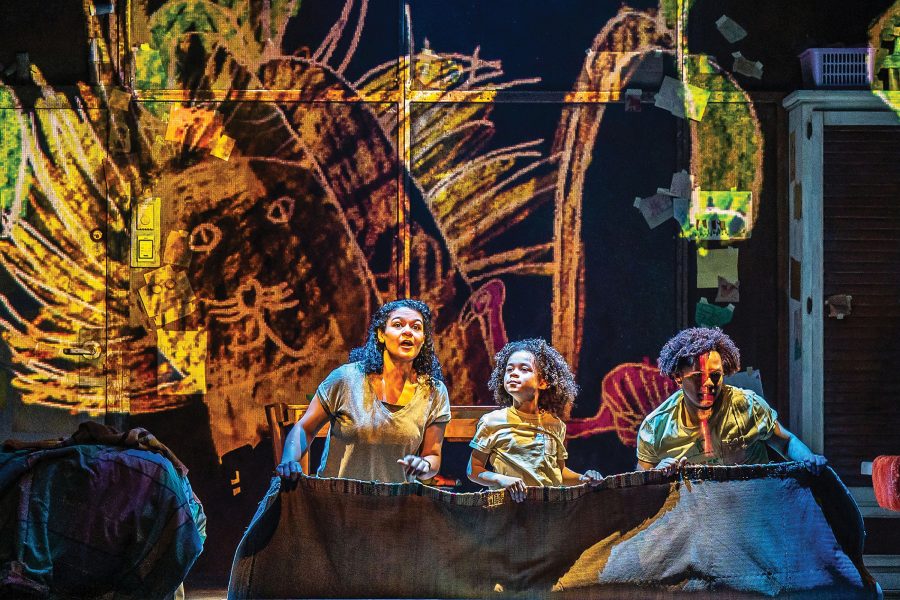 The musical ROOM, based on Emma Donaghue’s novel, opens up this weekend at the Princess of Wales.

The new musical based on Emma Donaghue’s award-winning novel (which was also adapted into an Oscar-winning film) plays the Princess of Wales Theatre for a month. The all-Canadian cast stars Alexis Gordon, Lucien Duncan-Reid, Stewart Arnott and Ashley Wright.

From Castille to Samarkand

Fahmi Alqhai, one of the great virtuosos of the viola da gamba, and his Accademia del Piacere, the leading ensemble of early Spanish music, join Constantinople on a musical journey through Iberia, Persia and Central Asia.

Against the Grain Theatre’s online presentation about the transformational experiences of four storytellers whose narratives are connected by themes of oppression, resilience and hope.

Why Not Theatre and Nautanki Bazaar present Neha Poduval & Himanshu Sitlani’s show about the Canadian immigration process. Part of the RISER Project.

Under the theme New Futures, IDS returns to an in-person event that also offers virtual seminars.

As part of Harbourfront Centre’s TORQUE series, Quebec dance sensation Anne Plamondon performs her duet with James Gregg in an exploration of vulnerability, courage and strength.

IMAGE? The Power Of The Visual

This 62-piece exhibition explores image-making over the centuries through the lens of historic and contemporary artworks from diverse Muslim cultures.

After two years of mostly digital programming, this boundary-pushing art festival exploring intersectional perspectives on Toronto and its people is back in-person. There are projects about COVID-19 and health in the prison system, a cultural history of Etobicoke, an exploration of lesser-known narratives of older radical Black women and more.

Things to do in Toronto