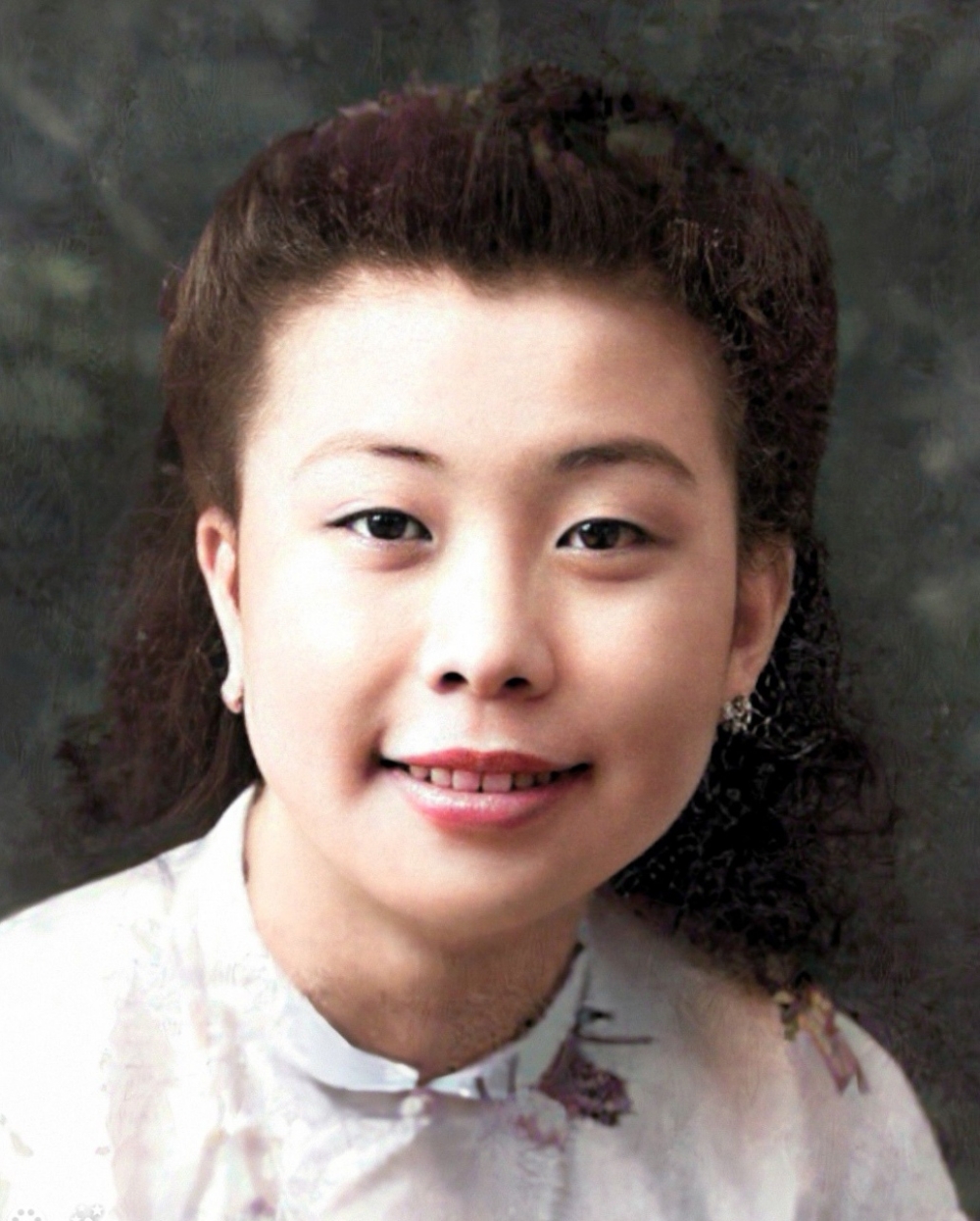 TOMORROW, May 8, is Mother’s Day and it is almost universally celebrated around the world, in more than 50 countries, though not all celebrate it on the same day – on the second Sunday of May, we celebrate it together with Australia, Denmark, Switzerland, Italy and Belgium – among other nations.

In the United Kingdom, ‘Mothering Sunday’ as it is better known is connected to Easter, so it changes every year as the Easter’s date changes – it had originated as a religious celebration taking place on the fourth Sunday of Lent.

One may ask: where and how did the tradition come from?

The tradition of Mother’s Day goes back as far as 250 BC when the ancient Greeks and Romans celebrated the mother goddesses Rhea and Cybel with their own festivals. In the United Kingdom, it traced back to the 16th Century when Anglican Christians would visit their ‘mother church’ on the fourth Sunday in Lent.

In the United States, it was only celebrated beginning 1907 after a woman, Anna Jarvis, had held the very first Mother’s Day church ceremony in West Virginia in honour of her mother, the peace activist Ann Reeves Jarvis; in 1914, President Woodrow Wilson formally declared it a national holiday, on the second Sunday in May, to honour all mothers.

Thus, we are in fact following very much an American tradition!

I love this quote attributed to Michelle Obama, the former First Lady of the USA: “My mother’s love has always been a sustaining force for our family, and one of my greatest joys is seeing her integrity, her compassion, her intelligence reflected in my daughters.”

I couldn’t have said it better myself!

This week’s column is dedicated to all the mothers I have known and loved before, for whom this Bible verse sets the perfect tone and reflects my own personal feelings towards each and every single one of them: “Her children arise and call her blessed; her husband also, and he praises her. Many women do noble things but you surpass them all.” (Proverbs 31: 28-29)

My mother, Gloria Tan Lee Kheng, was my first love; she gave birth to me at a very young age of 22 in 1950. She was a Chinese school teacher and had switched to teaching English at St Thomas’ Primary by the year I entered Primary 1 in 1956. In a very brief period of seven years, she had borne five children, of whom I am the eldest. She herself had come from a very large family of seven, of whom her father Tan Cheng Pun was a distinguished Teochew community leader. She was the youngest in the family and was nicknamed ‘Ah Yang’ as a shortened version of ‘Dayang’, and was doted upon by her entire family.

My mother had worked extremely hard to better herself; she was active during her school days as a Girl Guide and in school activities.

Despite marrying young and having to raise five children almost all at once, she had found time to work as a teacher, prepare and cook meals for the children, read, sing, sew and teach them all good manners, as well as wash laundry and keep the house clean.

I’ve always admired her strength, her no-nonsense outlook and her gentle yet firm and loving ways of disciplining and bringing up the five of us!

Dad, of course, had played his part, but fathers being fathers, were always somehow busy with office matters and other daily duties.

Mum was always fair, just and her love for us was assured, undivided and without any favouritism shown – although as in all families, we all knew who she’d save that extra piece of cake for!

Her love for music, reading, writing and a flair for all things beautiful, true and honest had kept all five of us on the straight and narrow. Although born a Buddhist/Taoist into a family steeped in Chinese traditions, she would at the halfway point of her life be ‘born again’ and was our family’s first convert to Anglicanism. Praise the Lord – within a few years, we were all ‘born again’ as well mainly due to her evangelism!

My grandmother from Singapore, Lim Swee Lian, was an arranged marriage a few years after my father’s biological mother had passed. I was a toddler when she had first arrived into Grandpa Ong Kwan Hin’s household; and she had immediately taken a liking to me, a love that had grown mutually over time. I was doted upon by her, among other cousins who were living under the same roof. I remember my love for reading was nurtured by her as she would pass on to me from about the time I could read properly the newspapers after Grandpa had finished with them.

My love for the finer foods, so limited and restricted during the 1950s and 1960s, was also cultivated by her saving leftover buttered sandwiches after afternoon teas as well as other special imported foods and fruits gifted to Grandpa, which was excess to his consumption.

For my cousins, I was ‘Granny’s blue-eyed boy’!

In hindsight, I could see that she was trying to ‘mother’ me by focusing all her love on this little boy having been herself childless and had probably considered herself a late-comer ‘intruder’ into the family, although she was warmly received by all my uncles and aunties as they had looked upon her to care for and be companion of Grandpa during his sunset years.

Obviously by this age, I was beginning to lose my innocence and naivety and would, on many occasions, take full advantage of the very apparent favouritism shown by her towards me – and managed to get away with many small ‘allowances’ of childhood mischievous deeds and daring-dos. Grandma, I really do miss you, and you had really spoilt me no end!

I was so very fortunate that when I was courting my future wife-to-be in March 1973, my future mother-in-law Tan Sai Hua had taken a great liking to me – that was already half the battle won! Luckily for me too that her husband was away on a long-term construction project in Sabah at the time, so besides her three ‘guardian’ brothers, the way had seemed quite clear for a pretty smooth courtship.

My wife Doreen Then, and my daughter who’s a mum herself, Dyan.

Madam Tan Sai Hua was the ideal and perfect mother-in-law: she could do no wrong and we were always on the same page with whatever hiccups that had occurred over the years. I can even vouch for the fact that on many an occasion when I had differences of opinions on certain issues or personal matters between her daughter and myself, it’d usually be me that she’d side with most of the time!

She was street-smart, knowledgeable, loving and kind; she would help us babysit the kids when they were growing up during the years that she had stayed with us – she’d rotate her residency between her eldest son Denis, daughter Foong Ling and us over the years. She had no qualms about telling any of her children off when they had erred in whatever ways as one was wont to do, but her honesty and integrity were rewarded by their total awe and love for her in return.

Of my siblings, my sister Edrea is the only mother – of two lovely daughters Lynette Sue-Ling and Claire Li-Ling, all of them in Switzerland and both of whom were recently blessed with children of their own; to Lulu, a handsome boy Tian-Kai and to Claire, a lovely girl Chloe.

Edrea has travelled widely having received her further university education in Singapore; she had lived in Japan, Iran and England, and now resides in Switzerland.

As a mother to her two girls, she has been an exemplary mentor, friend and spiritual guide: in so many ways her life and her many triumphs over adversity had shone a brilliant light on my own life and had given me and my family love, courage and inspiration. She has been a tower of strength, a persevering child of God and a perpetual seeker of all things good and right. She’s indeed been the pillar of our family and has been responsible for keeping our family bond strong and united.

Last but not least my wife and my daughter, the two mothers closest to my heart!

My eldest daughter Dyan and her hubby Adrian had blessed us with two grandsons, Shane who is now 8, and Charlie, almost 2. My wife and I are now doting grandparents, and we love it so much!

Dyan, bless her, had given up a career to be a 100-per cent mother. If that’s not the meaning of motherhood, I don’t know what is! I would see her giving her all, her personal time, energy and love towards both boys and teaching them everything that come naturally to mothers – and more. It’s just the beginning of a very long road down life’s precious journey and I can only hope and pray that she will continue to shower the love and care towards both boys for the rest of their lives – even when they become adults and go their own way, always remember you’d be their one and only ‘Mother’ forever; and that bond never dies.

My darling wife whom I’d often refer to as ‘Superwoman’ (she scoffs it off!) is what Kristofferson would call a ‘walking contradiction’ – of beauty and brains, steel and water, paper and rock, fire and flower, and on it goes! She’s everything to me and the family, to the three children we had raised, the home we had created. She was also the one who had brought me into the light – to be ‘born again’ in 1988 and on so many occasions, had literally saved my life – from caring for me after a triple CABG bypass, a leaky duodenum, and other life-threatening health episodes.

It’s no lie to say that without her in my life, I’d be a much lesser man, and definitely a less healthy one too! There are no words left for me to say how much I am enamoured of you and will always be there for you come rain or shine, as I know you’d be too.

I’d like to conclude with an Irish Proverb and a Bible quote:
“A man loves his sweetheart the most, his wife the best, but his mother the longest!” (Irish Proverb);
“My son, observe the commandment of your father;
“And do not forsake the teaching of your mother;
“Bind them continually on your heart;
“Tie them around your neck.”

May I wish all mothers reading this a Happy and Blessed Mother’s Day tomorrow!