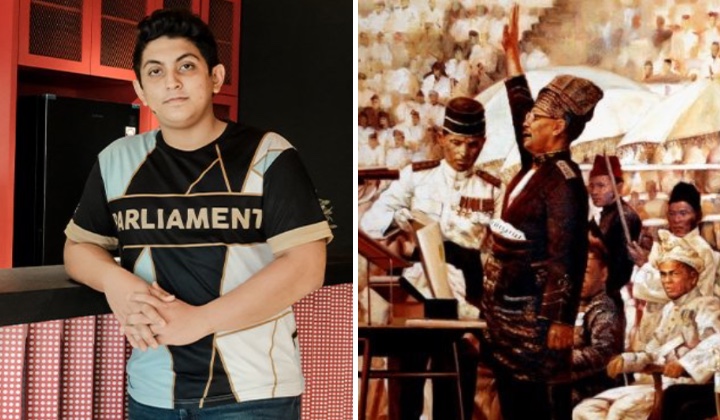 A man born in Klang to a Malaysian father and a Filipino mother finally gets his citizenship after 13 long years.

Nalvin Dhillon ended his long and arduous battle that started in December 2009 after the High Court ruled in his favour today.

The 24-year-old was quoted by FMT as saying that he is super happy because it took him such a long time to officially become a citizen.

I was born and raised in Klang, and this means the world to me. I am officially a citizen. Today is my Merdeka.

Nalvin Dhillon on his citizenship.

Nalvin is looking forward to his privileges as a MyKad holder including in studies, health, financial services and employment.

Living as a stateless person for so many years, I’ve had limits to what I could and couldn’t do. Just to further my studies, I had to fork out a large amount of cash and I was not able to apply for loans

Nalvin Dhillon on disadvantages of not being a Malaysian citizen.

Nalvin’s father spent about seven years to help him in his quest be a Malaysian, including getting a birth certificate.

His biggest obstacle was the Home Ministry, which rejected his application three times.

He was already 19 by the time the ministry rejected his third application.

Undaunted by the failures, he filed a lawsuit in 2019 to get the court to declare that he is a Malaysian.

Nalvin get his MyKad within 21 days from the date of the High Court’s order.

His success will give much-needed hope to other stateless individuals who are still trying to get their Malaysian citizenship.

Get out there and fight for their right. Stop making excuses and don’t give up. Nothing is impossible.

Nalvin Dhillon on the fight for citizenship.

The truth is that many people who are stateless in Malaysia are not foreigners, refugees or ‘illegal’ migrants. They were mostly born & have been living all their lives in Msia & thus possess the genuine & effective link with the country that entitles them to claim citizenship. https://t.co/zEaxiEIzLF